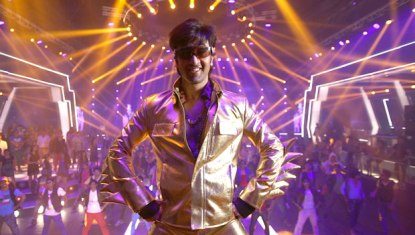 Bollywood has a trend of releasing new movies on Fridays, as this helps the upcoming flicks to attract the audience to theaters during the weekend. However, the upcoming Ranbir Kapoor-starrer movie ‘Besharam’ will be breaking this trend, as it is scheduled to be released on a national holiday – Gandhi Jayanti – on October 2, 2013.

On the other hand, there is also another craze among Bollywood producers, as they perceive festivals and public holidays as a massive opportunity for their new movies to be viewed by a large number of people during the festive period. With this in mind, ‘Besharam’ is set to break the Friday norm and will be opening on a national holiday instead.

The upcoming flick will also be Ranbir Kapoor’s first movie to be released mid-week, but it cannot be predicted how will this work out for the actor. However, the makers of the movie are pretty confident that ‘Besharam’ will do well at the box office.

Director Abhinav Kashyap said that most people enjoy a day off on October 2, 2013 and the decision to release the flick mid-week was in accordance with Kapoor’s ever-growing success at the box office. The makers also wanted to make the movie extra special, which is why they decided to release it on this day in particular.