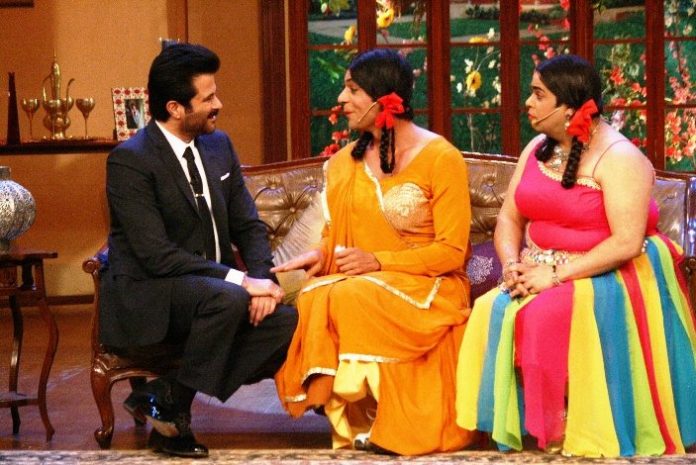 BollywoodGaram.com: The ‘Comedy Nights with Kapil’ show shot to fame in a very short period of time and managed to win many hearts, but there is some sad news for all fans of the show. Recent reports state that a fire broke out on the sets of the show on September 25, 2013 at around 8am in the morning, which is believed to have caused lots of damage at Goregaon Filmcity.

During the monsoon season, the TV show sets are more vulnerable and prone to fire, due to short circuit issues. In recent times, the sets of ‘Housewife Hai Sab Jaanti Hai’ also caught fire and was turned into ashes.

However, some sources from the sets of ‘Comedy Nights with Kapil’ alleged that they were not aware of the incident and found out about the fire at 8 am on September 25, 2013.

The set of the show at Filmcity has reportedly been damaged completely and collapsed due to a huge fire. The actual reason why the fire broke out has not been found until now, however, it is predicted that this might have happened due to a short circuit. Meanwhile, the makers of the show are reportedly trying to figure out how to shoot the rest of the episodes, as they do not have an alternative set.

The incident did not harm any crew member. Kapil Sharma was not immediately available for comment and the news of the fire has been confirmed by one of his close associates, Dinesh.