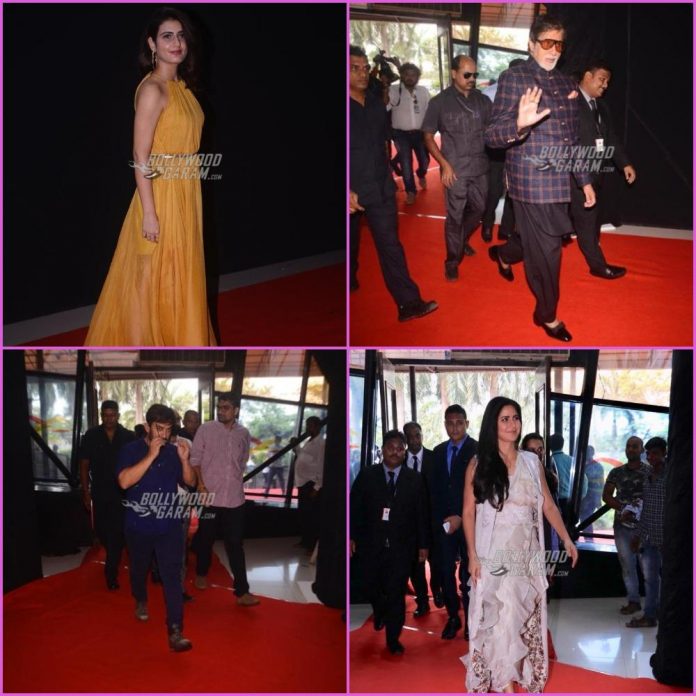 The much awaited official trailer of the film Thugs of Hindostan is out now on September 27, 2018. The trailer looks as promising as expected and the makers are ready to release the film on November 8, 2018. High octane action sequences, catchy one-liners and a huge star cast sums up the trailer.

The one who has caught all the attention is Amitabh Bachchan’s character of Khudabaksh, the commander of thugs while Aamir Khan can be seen as Firangi Mullah, a character that cannot be trusted much. Fatima Sana Sheikh, who showed off her acting skills in the film Dangal, is back as a warrior and her role in the flick looks promising.

Going by Katrina Kaif’s look as Suraiyaa, she surely looks like an eye candy as she shows off some killer moves. Aamir Khan, Amitabh Bachchan, Fatima Sana Sheikh and Katrina Kaif have arrived for the trailer launch event in Mumbai on September 27, 2018.

The trailer begins with the entry of East India Company’s entry in India for trading but end up ruling the country.