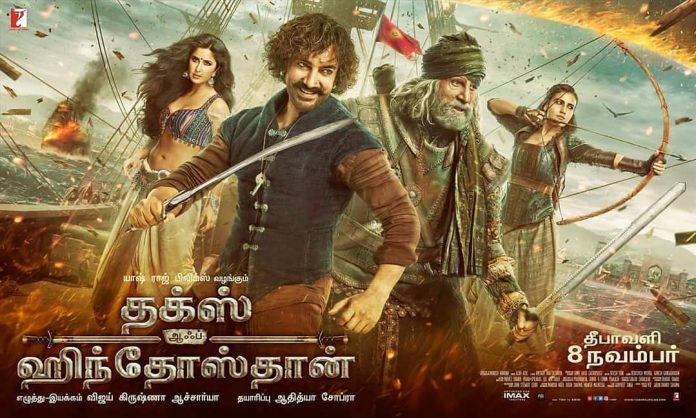 Upcoming action adventure flick Thugs of Hindostan is one of the most awaited films of 2018. The makers of the film are trying hard to reach out to a wider audience. Apart from Hindi, the film will also be released in Tamil and Telugu languages. The production house Yash Raj Films released a video of Amitabh Bachchan and Aamir Khan making the announcement.

All the actors in the film have undergone a huge transformation process and the motion posters have left the audience wanting for more. The makers launched the official trailer of Thugs of Hindostan on the occasion of the birth anniversary of Yash Chopra on September 27, 2018.

The trailer of the film looks exciting and interesting as the basic characteristic of every character has been introduced. The film is helmed by Vijay Krishna Acharya and is ready to be released in theatres on November 8, 2018.