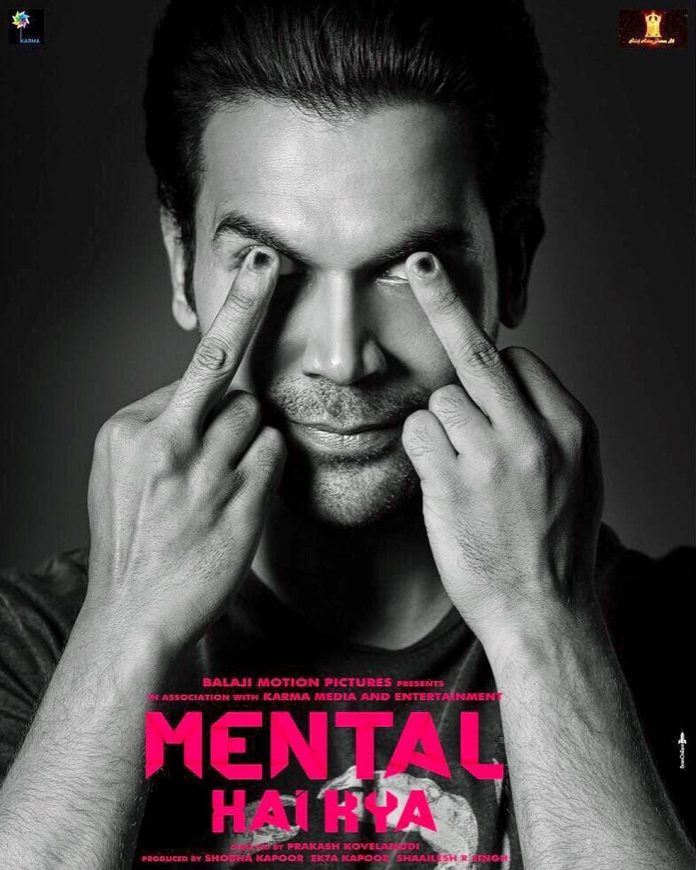 Kangana Ranaut and Rajkummar Rao are all set to be seen in the upcoming flick Mental Hai Kya. The makers of the film have announced a new release date for the film. Mental Hai Kya was earlier scheduled for a release on February 22, 2019 but has been now postponed to March 29, 2019.

The makers of the flick have said that the story celebrates imperfections. The film is written by Kanika Dhillon of Manmarziyaan fame and produced by Karma Media and Enetrtainment and Balaji Motion Pictures of Ekta Kapoor.

The film was earlier clashing with De De Pyaar De which stars Ajay Devgn and Rakul Preet in lead roles. But now the film will have clash with Luka Chupi which stars Kartik Aryan and Kriti Sanon. Kangana is currently looking forward for the upcoming film Manikarnika – The Queen of Jhansi. The actress was in news for her fallout with Sonu Sood, who left the film mid way due to his differences with Kangana.