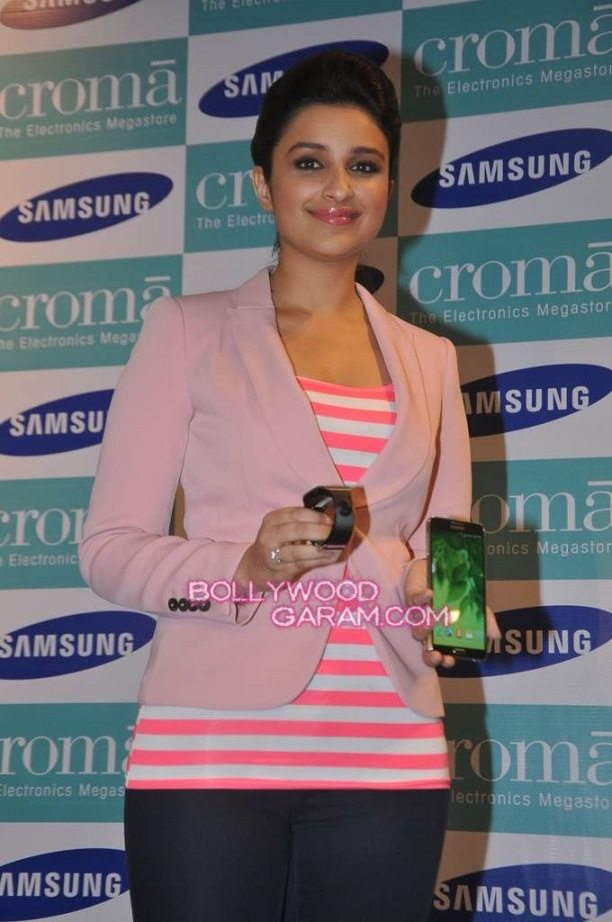 BollywoodGaram.com: Bollywood actress Parineeti Chopra  launched the new Samsung Galaxy Note 3 and the Galaxy Gear at Croma Store in Juhu area in Mumbai on September 25, 2013. South Korean giant Samsung has launched its Galaxy Note 3 for the Indian market through the event and the Shuddh Desi Romance actress is the latest ambassador for Samsung.

Parineeti at the launch said that she was honoured that Croma and Samsung chose her to come and launch the phone for them. The ‘Ishaqzaade’ actress added that the Galaxy Gear 3 is an amazing accessory and does everything that a phone can do.

The new Galaxy Gear is a smart watch which has been launched by Samsung and can be paired with smartphones.