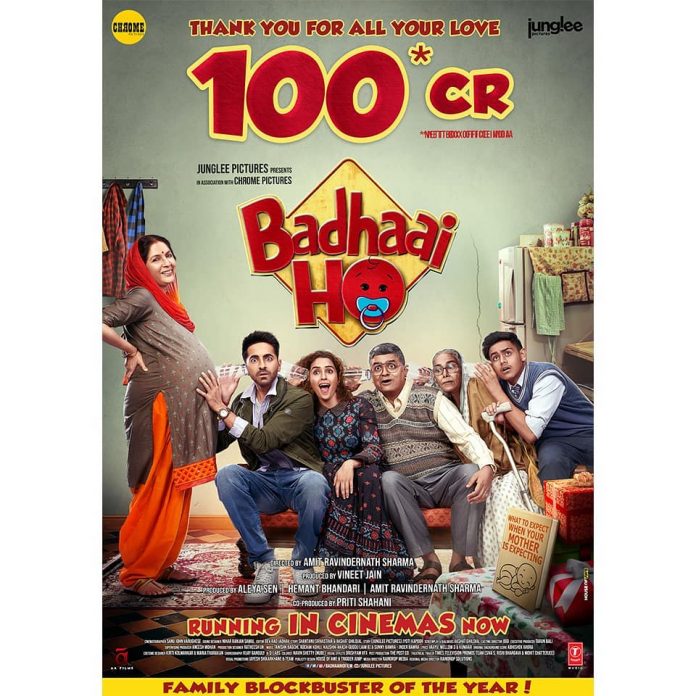 Ayushmann Khurrana is back to what he does the best, comedy. Amit Sharma has chosen a plot which is hilarious as a subject itself and the film has kept its promise of entertaining the audience.

The story is about a middle-aged couple Priyamvada played by Neena Gupta and Jeetender Kaushik played by Gajrao Rao, who unexpectedly get pregnant. The couple belong to the middle-class segment and begin to feel conscious about the pregnancy. Things turn even more hilarious when their sons Nakul played by Ayushmann and Gullar played by Shardul Rana come to know about their parent’s pregnancy.

The children of the middle-aged couple are terribly embarrassed but calls for more funny moments for the audience. The entire film is funny with some great performances by Gajraj and Neena. Ayushmann has put up the best face with the embarrassment due to the situation he is in. Gajraj’s performance is the best thing in Badhaai Ho due to the fact that he steals every scene that he is a part of.

Ayushmann is surely at the top of his form and has done his best in playing a son who falls in to a very different social pressure that others. Sanya Malhotra, is a girl with a modern outlook and has done justice to her limited role. Neena Gupta has portrayed her role in an excellent way as an unsettled mother. The pregnancy issue in the film is the highlight but the audience also looks for Ayushmann and Sanya’s love story to take the centre stage.

Badhaai Ho has all the ability to keep the audience engaged and also makes a social statement. The story of the film has not much scope but Sharma has done a fine job with his direction.