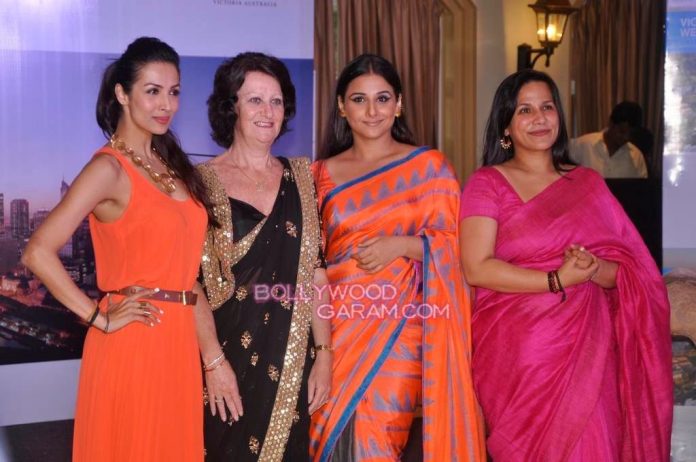 BollywoodGaram.com: Bollywood beauties Vidya Balan and Malaika Arora Khan have been appointed as the brand ambassadors of the Indian Film Festival of Melbourne. The actresses announced that the event will take place from April 28 to May 3 , 2014.

While talking to the reporters at Taj Lands End in Mumbai, “Dirty Picture” actress Vidya said that she was very happy to be the brand ambassador for the festival for the third time.

This festival is expected to be different as it will showcase movies from different regions. Balan added that the best part of the movie is that it does not focus on Bollywood since films from various regions are encouraged and showcased at the festival.