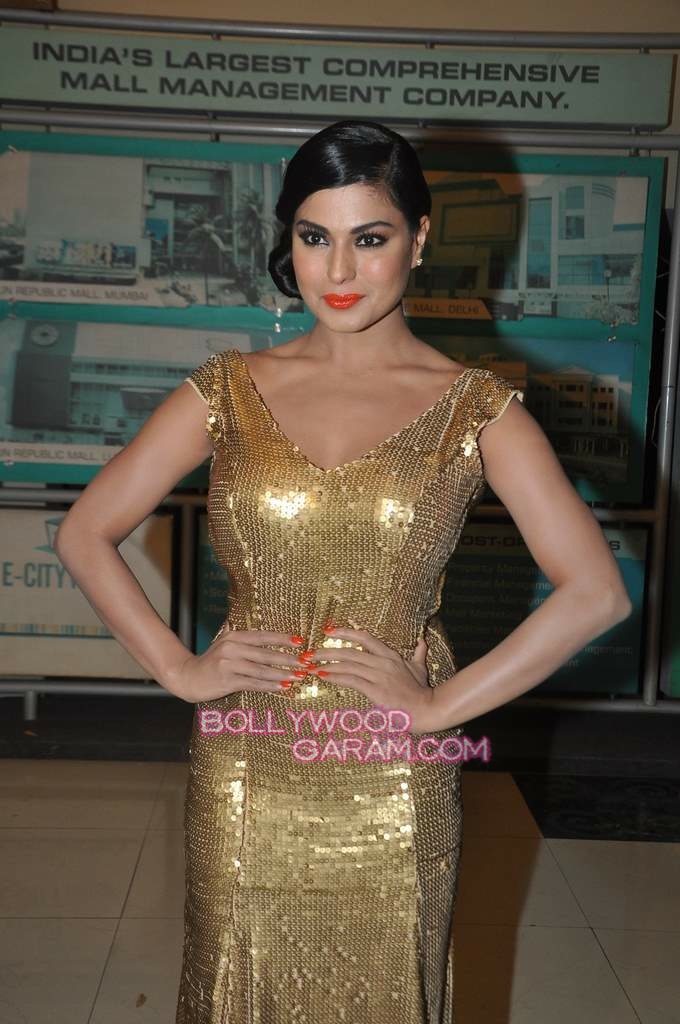 BollywoodGaram.com: The premiere of the much awaited debut movie of controversial Pakistani actress Veena Malik , ‘Super Model’ was held on September 27, 2013 at Fun Republic in Mumbai. The lead actor of the movie, Veena, appeared in a full length golden gown keeping in line with the role of a glamorous model she plays in the Bollywood film.

Veena plays out the role of a middle class girl who suddenly reaches stardom and covers the professional and personal difficulties faced on the way up. The actress told the press that she is excited about her movie which has released on September 27, 2013 and which also stars former flame Ashmit Patel.