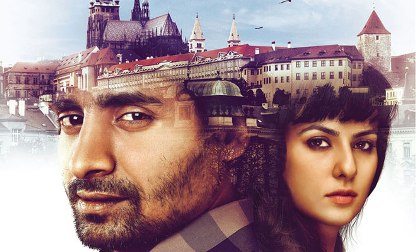 ‘Prague’ marks director Shukla’s debut, who was, in a way, trying to imitate the famous Hollywood movie ‘A Beautiful Mind’, with Russell Crowe in the lead role. The movie’s running time is just under two hours and it is a psychological drama about a passionate architect.

‘Prague’ follows a story of an architect called Sanyal – played by Chandan – who is trying to forget horrible memories of the accidental death of his friend. In order to forget the past, the architect leaves India and goes to Prague to work on a memorial project, but the past continues to follow him, even on a different continent.

One important thing which the movie fails to achieve is to connect with the audience. In the flick, Elena is romancing Sanyal, who tries to protect her from Gulshan, who is a womanizer.

The only interesting part of the movie for the audience is the intimate scene between Chandan and Elena, which everyone is buzzing about already. Overall, it is up to the audience if they want to go see a less than exciting psychological thriller for some weekend entertainment.