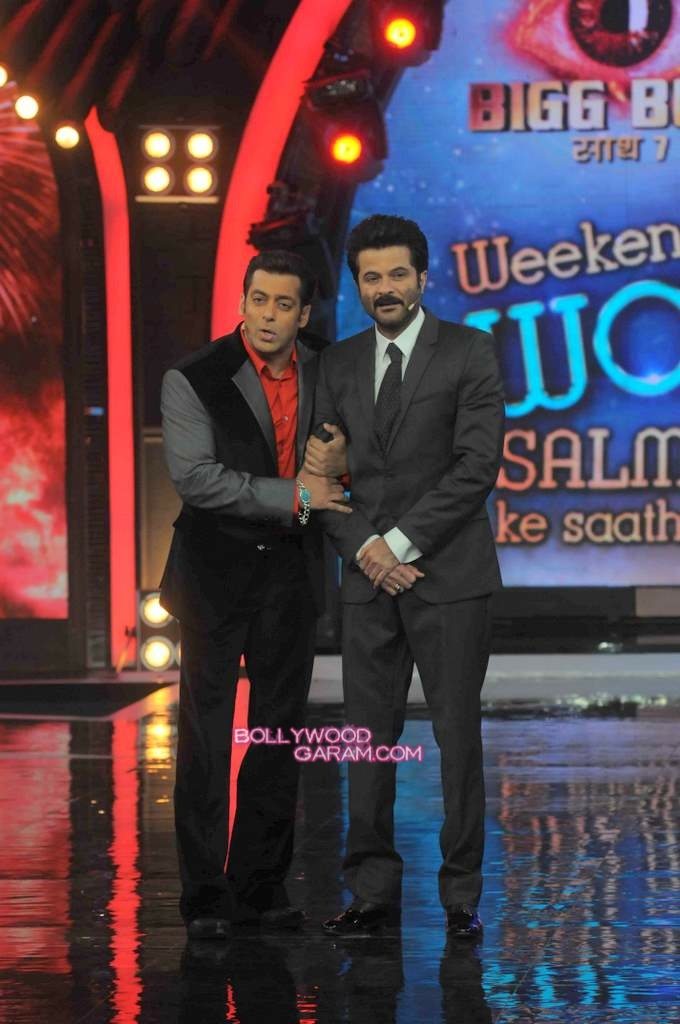 BollywoodGaram.com: Bigg Boss season 7 seems to be the most happening reality show in Indian television and to spice things up, celebrities make an appearance on the stage along with host Salman Khan as it serves as a great medium to promote their projects! The fans like it, the stars like it, so it’s one happy moment for all.

This time, it was none other than “Slumdog Millionaire” actor Anil Kapoor who shaked a leg along with the “Bodyguard” star Salman as he came out to promote the new tv series “24” – the Indian version of the international TV series of the same name. Khan even carried Kapoor on his shoulders! This episode of Bigg Boss 7 aired over the weekend.

Check out the latest photos of Anil Kapoor and Salman Khan.