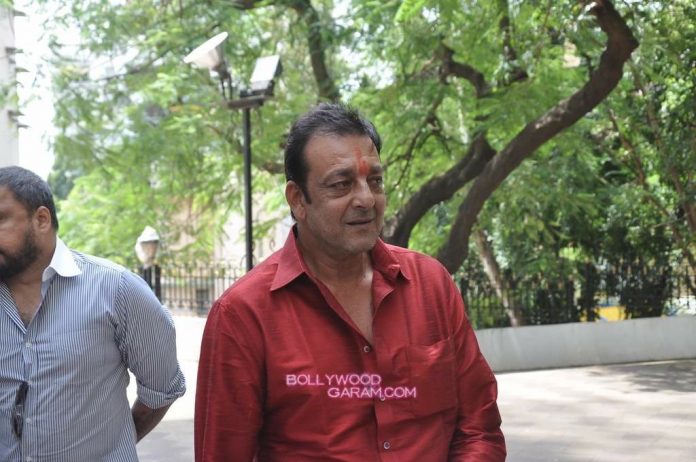 BollywoodGaram.com: There is some good news ahead for the fans of Bollywood star Sanjay Dutt, as the actor was granted a 14-day leave on October 1, 2013 in order to get medical treatment for his leg. The “Munnabhai MBBS” actor has been serving his jail sentence under the Arms Act for illegal possession of weapons related to the 1993 blasts case in Mumbai, but left the prison at 9:30 am on Tuesday.

The actor filed an application for a leave, but was previously sanctioned by the authorities. Yogesh Desai; the jail superintendent said that good conduct was one of the criteria for granting the leave, which is sanctioned from the prisoner’s total leave.

The news of Dutt’s leave came after a cultural program organized by prison administration was canceled due to security reasons.