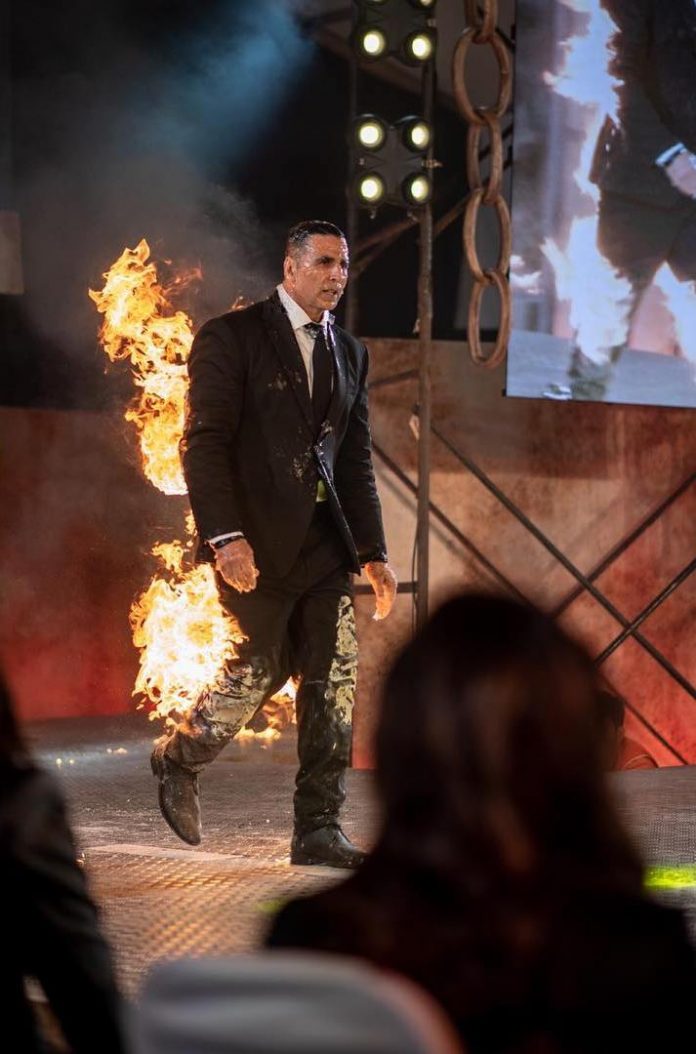 Bollywood superstar Akshay Kumar, recently announced that he will make his digital debut on a popular OTT platform. His plans were announced in the most unique way that caught everyone’s attention. During the launch event, Akshay literally set himself on fire and walked on the ramp.

The Khiladi star during the event later said, “Action is within me, I call my self a stuntman first and then an actor.” However, his outrageous act did not go down well with everyone. Wife Twinkle Khanna had a hilarious reaction to husband Akshay’s stunt on the ramp and wrote, “Crap! This is how I find out that you decided to set yourself on fire ! Come home and I am going to kill you-in case you do survive this! #GodHelpMe.”

Twinkle is known for her funny reactions and one-liners on Twitter. The former actress is a author and a columnist with a popular daily and has authored three books so far. Akshay is looking forward to his upcoming film Kesari which also stars Parineeti Chopra which is a period drama film that wrapped in December 2018.

Kesari is based on the infamous Battle of Saragarhi when an army of 21 Sikh soldiers fought against 10,000 Afghans in 1897. The film is produced by Dharma Productions, Isha Ambani and Twinkle Khanna.