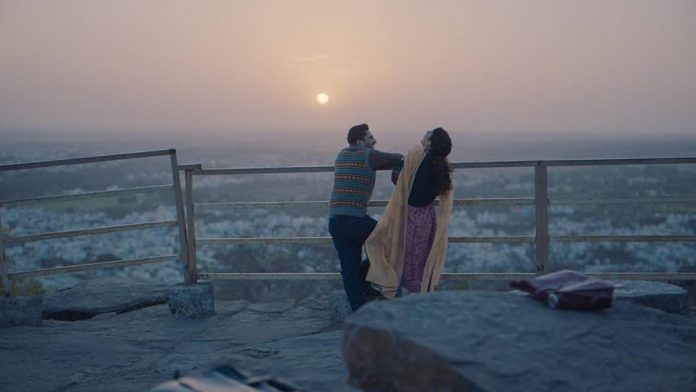 Kangana Ranaut and Jassie Gill are all set to be seen in the upcoming film Panga. The makers of the film released the first look and have also revealed the release date. The film is a story about a Kabaddi player and is directed by Ashwiny Iyer Tiwari. Panga also stars Richa Chaddha and Neena Gupta in important roles.

The first look of the film has shown Kangana and Jassie are seen sharing a hearty laugh during the evening time. Kangana can be seen in a traditional outfit. The caption of the first look says, “Life is all about second chances. #Pangareleases on 24th January, 2020. Produced by Fox Star Studios Directed by @Ashwinyiyer & starring #KanganaRanaut @jassiegill @RichaChadha @Neenagupta001!”

With the new poster of the film out, the audience cannot wait to see a yet again new avatar of the makers. Kangana was last seen in the film Manikarnika – The Queen of Jhansi in which she played the title role of Rani Laxmi Bai, who had fought with the British rulers who tried to conquer Jhansi.

Talking about Panga, there were earlier reports that the actress has made a no interference clause but the director denied the reports and said that the news floating around is false and baseless.