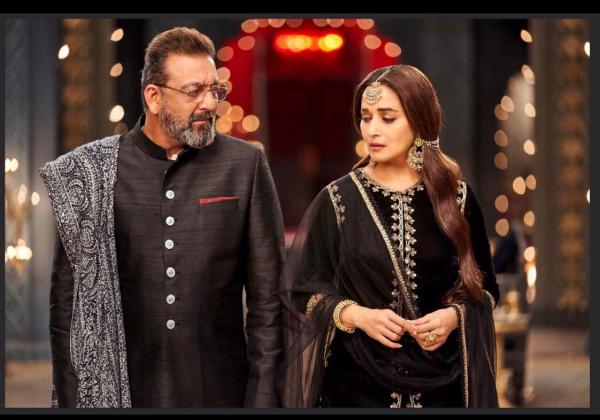 Fans of Madhuri Dixit and Sanjay Dutt are excited to see the two share the screen space in the upcoming film Kalank after a gap of 22 years. The official teaser of the film was recently released by the makers and has already made the audience curious. The multi-starrer film has brought back the 80s on-screen couple Sanjay Dutt and Madhuri Dixit back to the silver screens after more than two decades.

A new poster was unveiled by the makers of Kalank to maintain the craze around the flick. The new poster unveiled has shown a lot of pain and separation as it is pretty evident from their expressions. Madhuri and Sanjay had last shared the screen space in the film Mahaanta, in the year 1997. The fans are excited to see Sanjay and Madhuri share the screen space together after such a long gap.

Sanjay expressed, “I think I am working with Sanjay Dutt after more than 20 years and just recently, I worked with Anil Kapoor after ages. It’s always wonderful to work with the co-actors you have worked with before. I think it’s been wonderful. I felt good working with Madhuri Dixit and I will try ki zyada kaam ho.” Kalank also stars Alia Bhatt, Varun Dhawan, Sonakshi Sinha, Aditya Roy Kapur and is expected to be released in theatres on April 17, 2019.