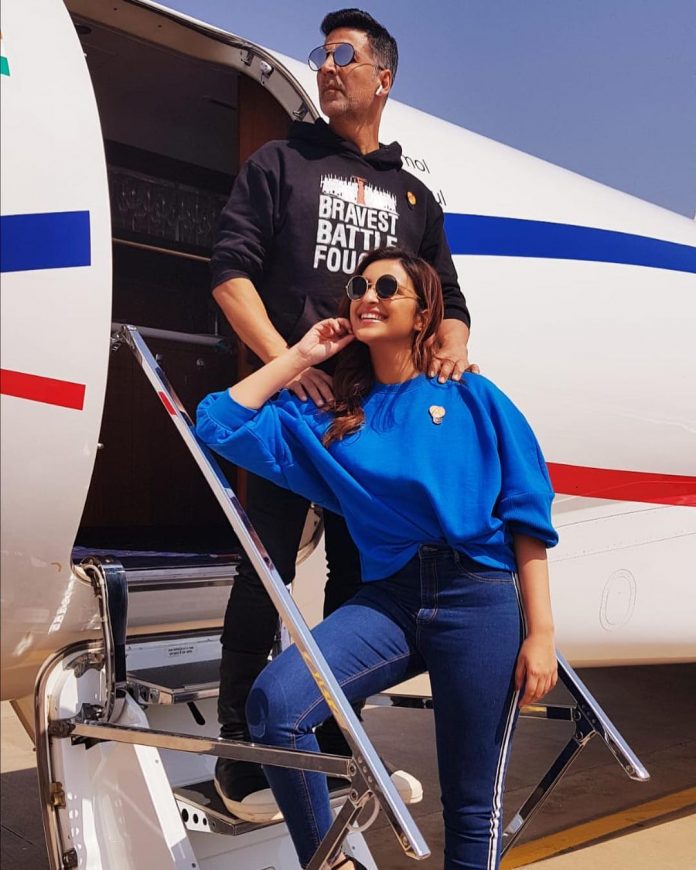 Action war film Kesari starring Akshay Kumar and Parineeti Chopra is all set to be released in theatres on March 21, 2019. As the released date fast approaches, the actors have got down to promote the film. Akshay and Parineeti landed at Ahmedabad for a promotional leg on March 15, 2019 and were seen interacting with fans.

The Khiladi star during the promotions said that he will be dedicating the film to Bharatke Veer, which is an initiative that helps the soldiers and their families. The initiative was launched on Valour Day of CRPF and was initiated by Akshay that provided financial security to the soldier’s families who sacrificed their lives in the line of duty.

The actor talked the upcoming film and said that it is about the brave men who sacrificed their lives to save their land. Bharat Ke Veer and will help them and their families. Akshay mentioned, “My producers and I are happy to dedicate Kesari, based on the Battle of Saragarhi, the second bravest battle ever fought, to BharatKe Veer. It is a film that showcases valour and the highest degree of desh bhakti. It is a befitting tribute to our soldiers, who have laid down their lives for the nation.” The Housefull star has also asked the Ministry of Home Affairs to look in to funds of Bharat Ke Veer and use it to help the families of soldiers.