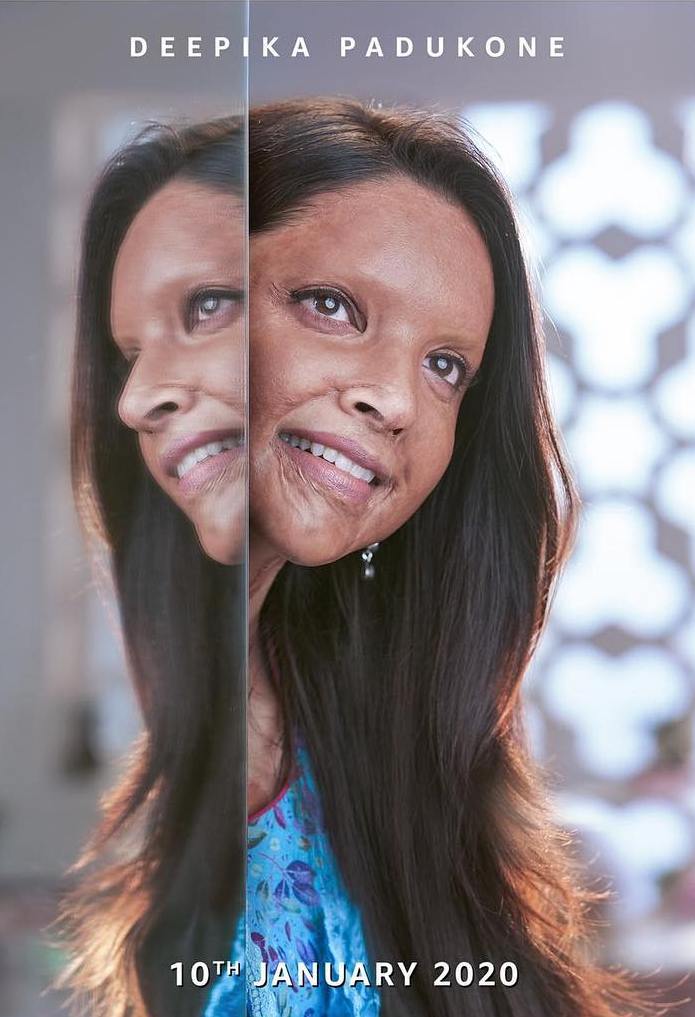 Bollywood diva Deepika Padukone is all set to be seen in the upcoming biopic about the acid attack survivor Laxmi Agarwal. The actress revealed her first look from the upcoming film which has showed an uncanny resemblance with the real life acid attack survivor. The social network users are left speechless with Deepika’s look in the film Chhapaak.

The first look of the film has shown Deepika standing right next to a mirror where she can be seen smiling. The film was announced by the makers six months back and also stars Vikrant Massey playing an important role. Laxmi Agarwal, who is a real life acid attack victim has been fighting over to stop the sale of acid at the local stores.

The film will be narrating the journey of the courage and hope in the wake of a grave attack on Malti played by Deepika. The Padmaavat actress shared the picture and shared, “A character that will stay with me forever…#Malti Shoot begins today!#Chhapaak Releasing-10thJanuary, 2020.” The fans have appreciated the work done by the make-up artists and prosthetics but most of them were stunned to see how Deepika could look so similar to Laxmi. The audience is surely waiting for the film to be released.

Chhapaak is scheduled to be released on January 10, 2020.