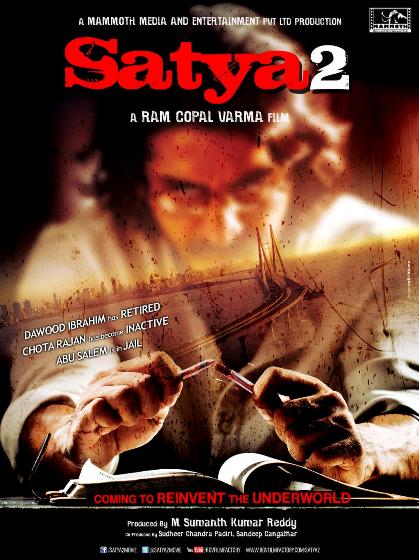 BollywoodGaram.com: Bollywood filmmaker Ram Gopal Varma (RGV) is all set to release the sequel of the 1998 crime thriller ‘Satya’. Varma explained that ‘Satya 2’ explores a completely new kind of underworld, which – according to the filmmaker – can set in again at any given time.

During the launch event for the movie’s first look on September 30, 2013 – which was held at Sun n Sand hotel in Mumbai – the filmmaker said that the underworld is no longer the same as it was from 1997 to 2004, as something else comes into the picture. He went on to explain that this is a unique underworld, which will make the other underworld look like nothing in comparison.

Varma has always been very passionate about making movies related to the underworld.