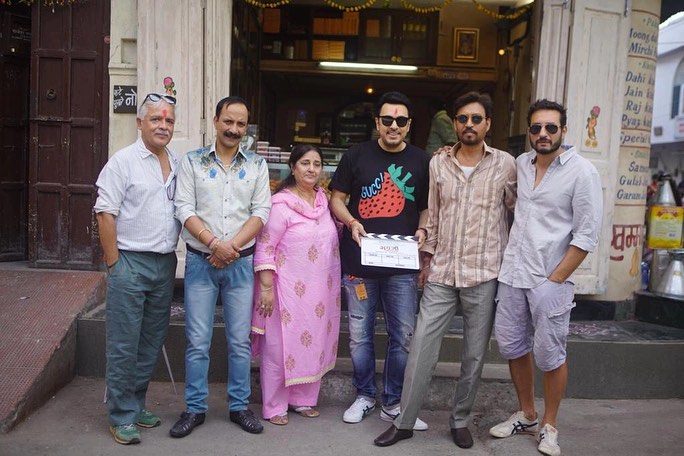 Irrfan Khan is currently shooting for the much awaited film Angrezi Medium in Udaipur, Rajasthan. Reports say that the security on the sets has been increased as a pre-emptive measures by the makers. The producers want to avoid any mishaps due to the presence of the fans around the set all the time and also to avoid any photo or video leaks from the sets.

The makers have cordon off the area in Brahmapuri, where the crew is shooting. Since it is the busiest localities, it was tough for the team to cordon the area. The 18 member security team is always by the side of Irrfan and the makers have also tightened the security. To be fair to the fans, they have not caused any trouble.

Ever since the word spread, that Irrfan is shooting in Brahmapuri, fans have been turning up to catch a glimpse of the shoot. Angrezi Medium is the story of Mr. Champakji, who is the owner of the family sweet business GMP – Ghasitaram Mishthan Bhandaar. On the first day of the shoot, the makers shared pictures on the social media for the fans.

Irrfan will also be seen playing the role of a father to Radhika Madan, who wishes to go abroad for further studies and the story will slowly move to a foreign land.