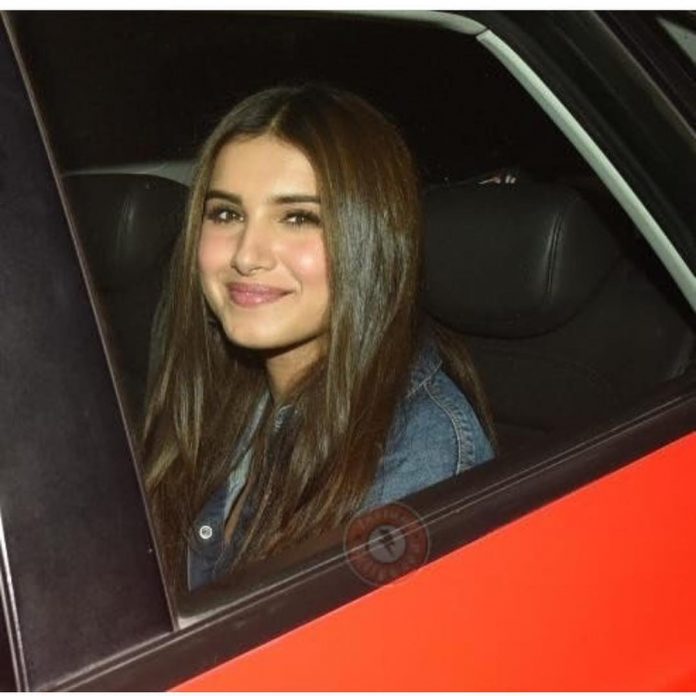 Young actress Tara Sutaria is all set to make her Bollywood debut with the film Student Of The Year 2. The actress has also been roped in for another film opposite debutante Ahan Shetty. Apart from showcasing her acting skills, Tara will also be showing off her singing skills. The actress will be singing a romantic track in the Ahan Shetty starrer that will be picturized on her and Ahan.

Student Of The Year 2 will also see Tiger Shroff and Ananya Pandey and is helmed by Punit Malhotra. Talking about Tara, she is already known for her melodious singing skills and had given a glimpse of her talent when she appeared on the popular talk show Koffee With Karan hosted by Karan Johar. The film which stars Tara and Ahan is reportedly a Hindi remake of the popular Telugu flick RX100.

Reports say that the film is directed by Milan Luthria and produced by Sajid Nadiadwala. When the idea was discussed with Tara, the actress happily agreed as she is a trained vocalist and also wishes to come up with an album in future.

Tara Sutaria has been receiving a lot of appreciation from the audience since the trailer of Student Of The Year 2 released. The film is a sequel to the blockbuster film Student Of The Year which saw Alia Bhatt, Varun Dhawan and Siddharth Malhotra in 2012.