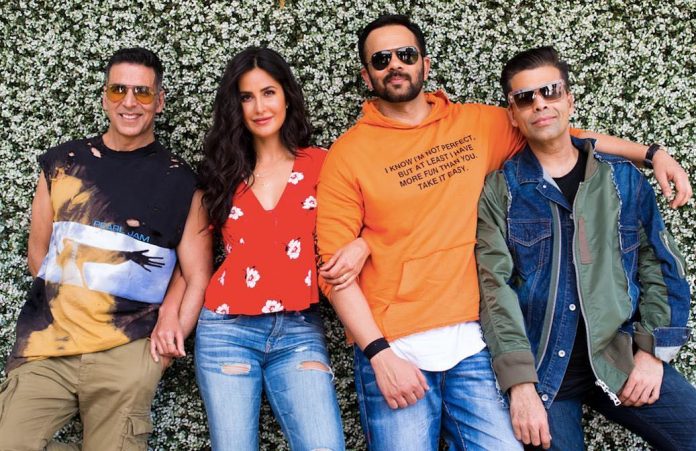 Bollywood actress Katrina Kaif has been finalized as the leading lady in the upcoming cop flick Sooryavanshi which has Akshay Kumar in the lead role. The Khiladi star made the announcement through a post on Twitter and shared the news with his fans.

Akshay posted a picture and wrote, “Welcome to our COP UNIVERSE #KatrinaKaif…OUR SOORYAVANSHI GIRL.” The picture has shown Akshay, Katrina Kaif, director Rohit Shetty and producer Karan Johar standing together. The news has come after days of speculation that Katrina will be cast opposite Akshay in the Rohit Shetty film.

The film was teased in the Rohit Shetty film Simmba which had Ranveer Singh and Sara Ali Khan in the lead roles. Sooryavanshi is produced by Karan Johar and is expected to be released in theatres in 2020. Katrina has recently finished shooting for the upcoming film Bharat directed by Ali Abbas Zafar. Bharat is due to be released in theatres in June, 2019. Akshay will also be seen in the upcoming film Good News which also stars Kareena Kapoor.