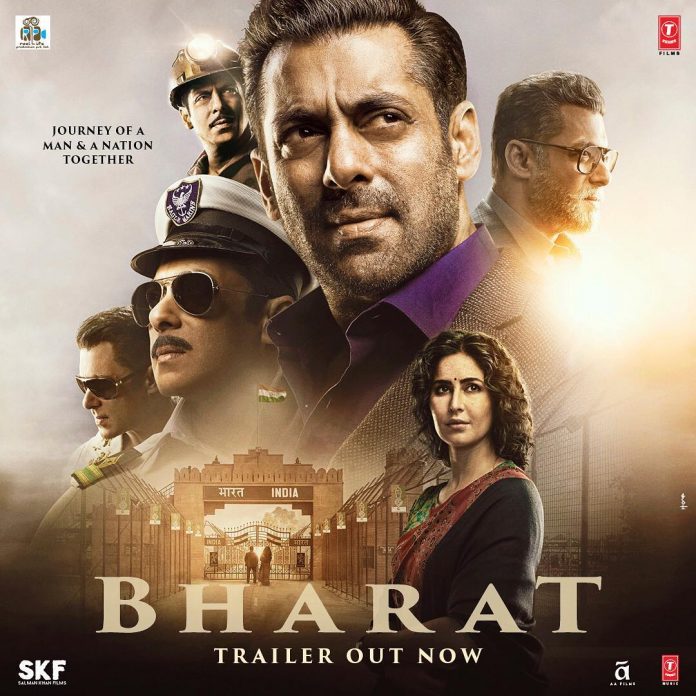 Salman Khan is once again ready to conquer the box office with his upcoming film Bharat. The official trailer of the film is out has has shown a promising story laid out in the pre-independence period. The film is directed by Ali Abbas Zafar, with whom Salman has earlier delivered some of the blockbuster flicks like Tiger Zinda Hai and Sultan.

Bharat will be showing Salman Khan in different looks from a young boy to an old man. Going by the trailer, it seems like it is a journey from independence period to present day from the eyes of a common man. The trailer looks promising and is expected to break many records.

Apart from Salman Khan, Katrina Kaif is the one who has caught everyone’s attention with her dialogues and looks. The visuals of the film look great and Salman Khan looks dapper in every look. A few glimpses of Disha Patani also look promising.

Bharat is the official remake of the South Korean film Ode To My Father. After Tubelight, this is another Hindi remake of a foreign film. The makers have hoped that the film will surely do some great business at the box office and will also impress the audience. Reports say that the film will have a cameo of Varun Dhawan. Bharat will be releasing in theatres on June 5, 2019.