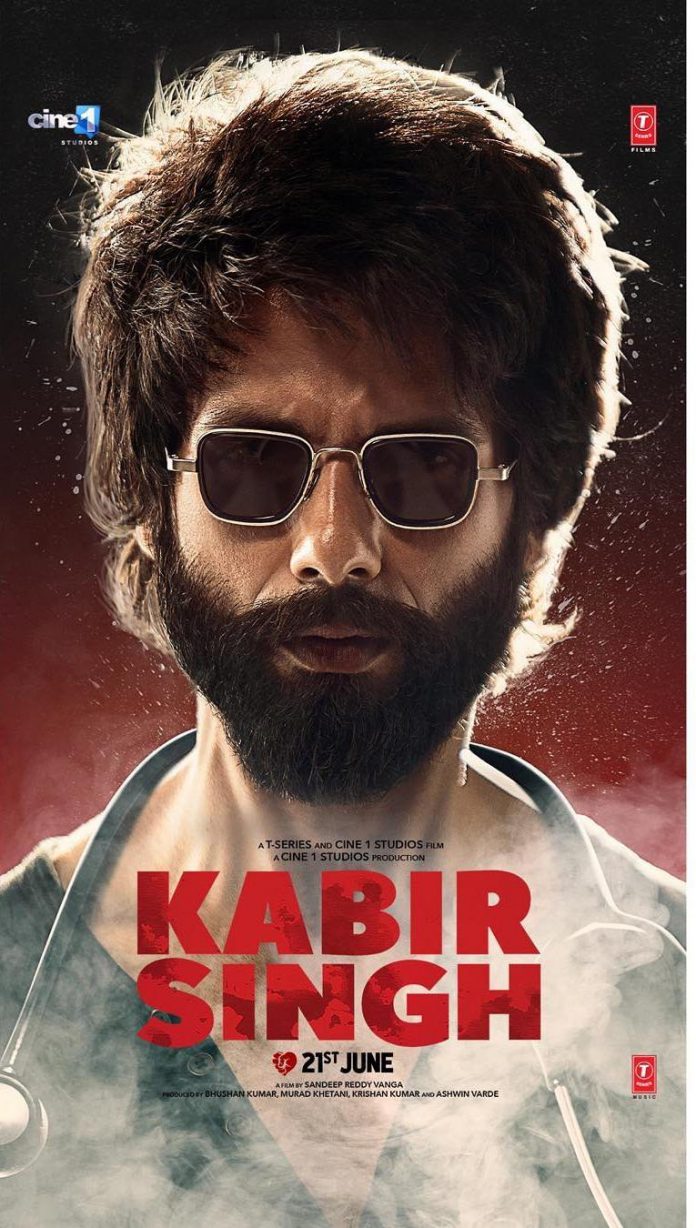 The audience is eagerly waiting for the release of the upcoming Shahid Kapoor starrer Kabir Singh. The protagonist unveiled a new poster of the film which is the Hindi remake of the Telugu blockbuster Arjun Reddy. The original film had Vijay Deverakonda and Shalini Pandey and went on to be a massive hit in the south film industry. The film was helmed by Sandeep Vanga.

Shahid shared a new poster and wrote, “#KabirSingh out in 2 months. 21st June. #WaitForIt @Advani_Kiara @imvangasandeep @itsBhushanKumar @MuradKhetani #KrishanKumar @ashwinvarde @TSeries @Cine1Studios @KabirSinghMovie.” The makers recently unveiled a teaser of the film and it showed the dark side of Shahid’s character in the film.

The teaser also gave the idea that the protagonist deals with anger issues and is on a self destructive mode. Once again Sandeep Vanga has taken the responsibility for Kabir Singh with the direction. The film also stars Kiara Advani.

Earlier actress Tara Sutaria was roped in to play the female lead but she was dropped out and Kiara was brought in. Kabir Singh will be released in theatres on June 21, 2019. Shahid was last seen in the film Batti Gul Meter Chalu which did an average business at the box office. The audience is surely waiting for an exceptional performance from Shahid in Kabir Singh.