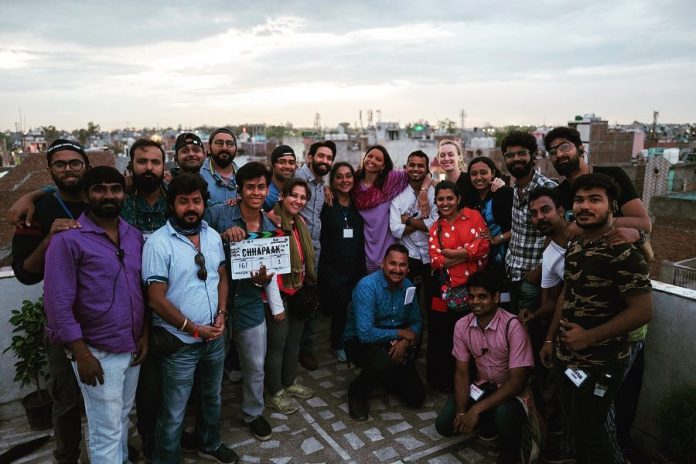 Upcoming film Chhapaak is the much awaited films of 2019 which stars Deepika Padukone. The film will narrate the real life story of the popular acid attack victim Laxmi Agarwal. The shoot of the film is half way done as the team wrapped the Delhi schedule on April 22, 2019. Director Meghna Gulzar Tweeted about the completion of the schedule.

The director wrote, “Happily halfway done! Delhi schedule wrap for team Chhapaak”. The social media saw two group pictures, one of them was taken at the rooftop of an undisclosed locality while the other was taken near Rashtrapati Bhavan at the Raisina Hills in Delhi. Deepika can be seen posing with co-star Vikrant Massey, director Meghna and other team members.

The lead actress was seen in the get-up of her character Malti. Deepika will be seen playing the role of an acid attack survivor. The film went on floors during the Holi festival in New Delhi. Padukone in an earlier interview with a leading daily talked about the film and said, “It’s a very important film and I feel that the story which we are showcasing in our film needs to be told.”

A few days after the film went on floors, the makers revealed Deepika’s look from the film. The poster of the film showed striking similarities between Deepika and Laxmi Agarwal.