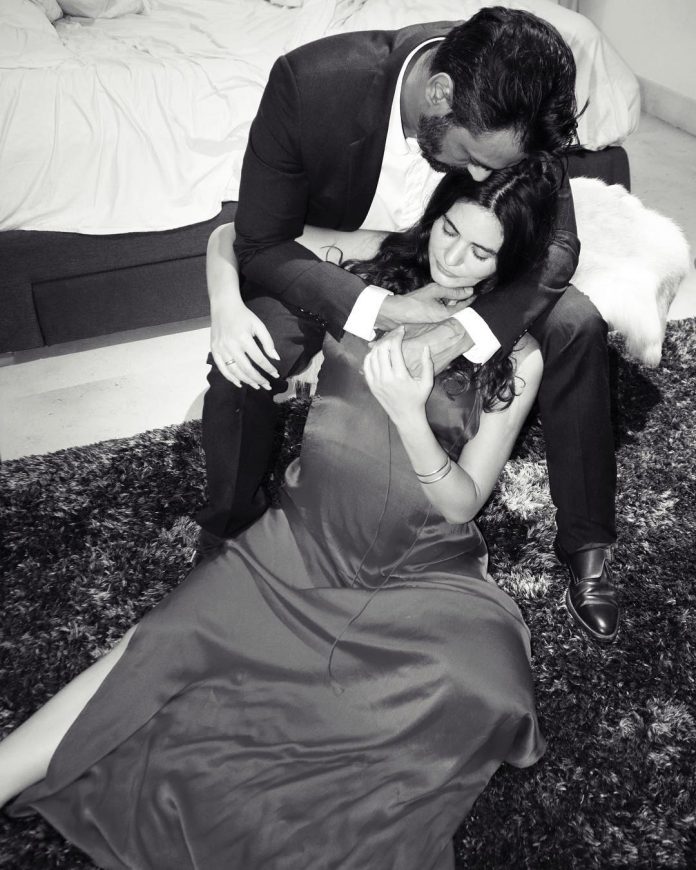 Indian actor Arjun Rampal and girlfriend Gabriella Demetriades have been in news since about a year. The couple is now expecting their first child together. The news was announced by Arjun in an Instagram post.

Arjun posted an adorable picture of the two and wrote, “Blessed to have you and start all over again. Thank you baby for this baby.” The actor already has two daughters Mahikaa and Myra from his previous marriage with former model Mehr Jessia. Daniella and Arjun have been making public appearances together since later half of 2018.

Arjun has posted a black and white picture which has shown Gabriella in a plain gown as she rests herself on Arjun Rampal’s lap. Gabriella is a south African supermodel and had participated in the Miss Indian Premiere League Bollywood 2009 and was chosen as one of FHM’s 100 Sexiest Women In The World contenders.

The model gained fame by becoming Miss IPL Bollywood and represented the IPL team Deccan Chargers. Gabriella has also appeared in some of the films and a few music videos. Meanwhile Arjun was last seen in the web show with the title The Final Call. The announcement from Arjun has surprised his fans and is surely a bold step to have a child outside wedlock.