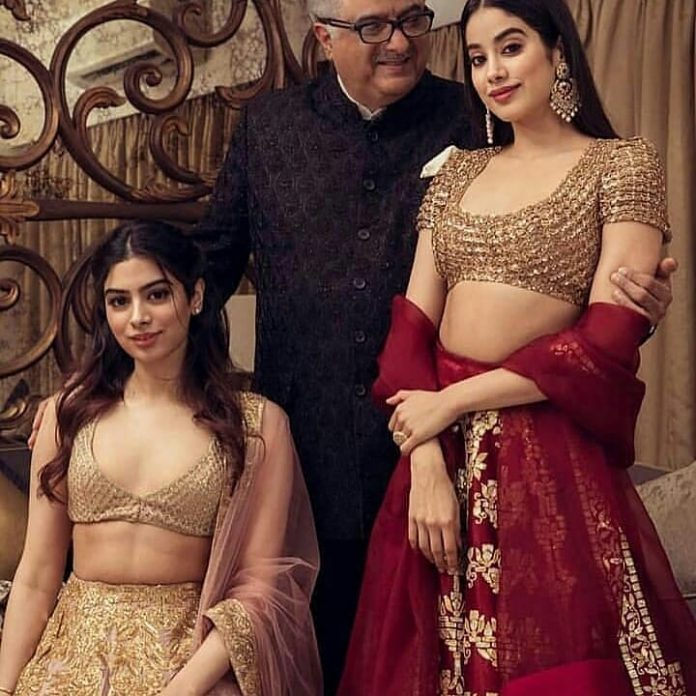 Bollywood actress Janhvi Kapoor made her debut in Bollywood with the film Dhadak. And now sister Khushi Kapoor is all set to make her debut in the industry. The younger sibling revealed that her father and producer Boney Kapoor is over-protective and has a curfew time for her. Khushi expressed that while she dreams of making her debut with Karan Johar, like her sister, it is her father who will get to choose her co-star.

The daughter of late actress Sridevi, opened up about her father when she appeared on BFFs with Vogue Season 3. Host Neha Dhupia had asked Khushi about her debut and Khushi said that she will follow director Karan Johar blindly but her father will be the one to select her co-star.

Khushi is yet to enter Bollywood but is already popular and also has a fan base. The Kapoor sibling is often seen hanging out with friends and elder sister Janhvi. Sister Janhvi made her debut with the film Dhadak which also starred Ishaan Khatter.

The film was a Hindi remake of the Marathi blockbuster Sairat and was helmed by Shashank Khaitan. Dhadak hit the theatres on July 20, 2018 and opened to mixed reviews as the audience compared the film with the Marathi version and thought that it did not meet the expectations.