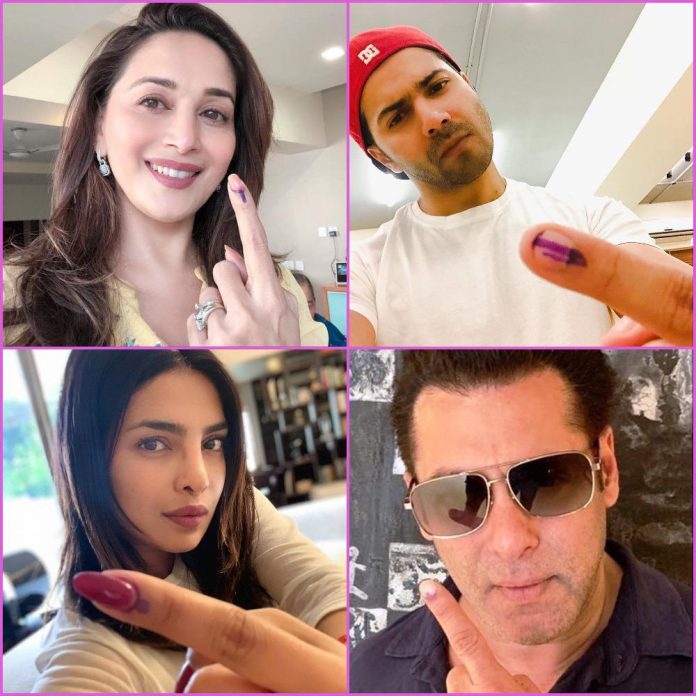 India is known to be the world’s largest democracy and the nation is currently gripped by the Lok Sabha Elections 2019. While citizens are turning up in large numbers to cast their votes, celebrities from Bollywood are also turning up in large numbers. Priyanka Chopra was one of the early birds, who arrived to cast her vote with her mother Madhu Chopra at a polling booth in Mumbai on April 29, 2019.

Other celebrities who also exercised their franchise include Salman Khan, Sanjay Dutt with wife Manyata Dutt, Athiya Shetty, Suniel Shetty, Madhuri Dixit, Paresh Rawal, Sonali Bendre, Nana Patekar, Varun Dhawan, Ranveer Singh, Urmila Matondkar and others. While many of the celebrities were clicked by the paparazzi, many of them also took their respective social media accounts to flaunt their inked fingers.

Celebrities from Bollywood have never disappointed in terms of setting an example while exercising their franchise and also encourage the youth and their followers to vote and fulfill their fundamental duties.