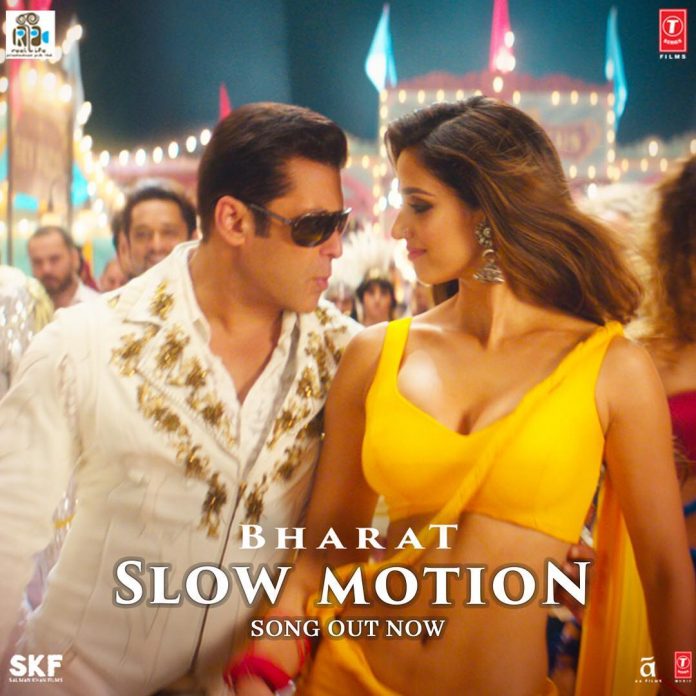 Makers of Bharat have released another track Slow Motion which is a fast track featuring Salman Khan and Disha Patani. The song is a dance number that shows Salman and Disha in the backdrop of a circus. Salman can be seen as a daredevil performer while Disha can be seen as a trapeze artist.

Slow Motion song begins with Salman performing a dangerous stunt at the popular Maut Ka Kua (the well of death) and Disha can be seen effortlessly performing multiple front flips in a glittery costume. The song is crooned by Nakash Aziz and Shreya Ghoshal and is as good as a typical Salman Khan number that has some catchy moves. The lyrics of the song are written by Irshad Kamil.

Upcoming film Bharat is an ambitious project by Ali Abbas Zafar and also stars Katrina Kaif. The makers have earlier released the official trailer of the film which has shown Katrina as Kumud Raina as a chief engineer. The film is the official Hindi remake of the South Korean film Ode To My Father.

The role of Katrina Kaif was earlier to be played by Priyanka Chopra, who opted out of the project due to her impending engagement with husband Nick Jonas. Bharat will be released in theatres on June 5, 2019.