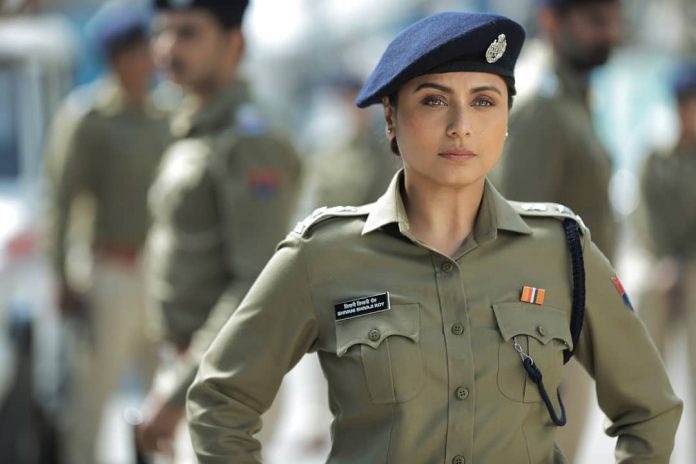 Rani Mukerji is all set to be back playing a cop in the upcoming film Mardaani 2.The Sequel of the 2014 film Mardaani which saw her play the role of Senior Inspector Shivani Shivaji Roy. Mardaani 2 was announced in December 2018 by Yash Raj Films and the makers have now released a new still from the film featuring the protagonist. Rani in the new still can be seen as a confident cop ready to fight evil.

The sequel of the film will see Rani being promoted as the Superintendent of Police. The story will see Rani’s character fighting it out with a 21 year old merciless villain who does not have any limits to his crime. The actress in an earlier interview talked about the film and said that Mardaani will be extremely close to her heart.

The Hichki actress also shared that Mardaani 2 has an extraordinary script and the character of the villain is well written. The first part of the film had seen actor Tahir Raj Bhasin who played the villain and nailed his character with his performance.

Mardaani 2 is directed by Gopi Puthran, who had also written the story of the first part and produced by Aditya Chopra. The film is expected to be released in 2019.