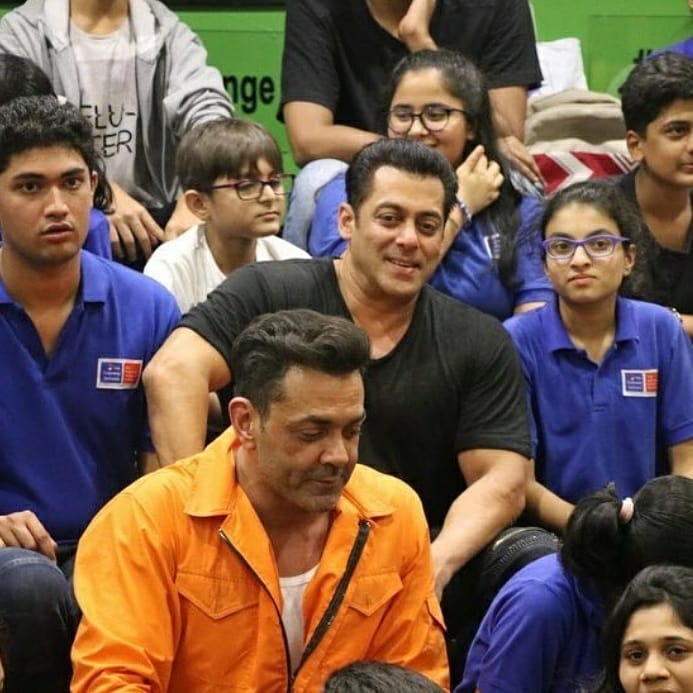 Superstars of Bollywood Salman Khan and Bobby Deol recently collaborated with students of a special school in Mumbai for a project and the audience cannot wait for it. There are many Bollywood stars who are often engaged in doing some good work in the society and many times they take out some special time to do something extra special.

The official Instagram handle of the school has showed a few pictures from the project which has shown Salman and Bobby spending time with the children who were seen in their school uniforms. The actors were seen engaged in singing and dancing while the students were also seen enjoying their company to the fullest.

Salman and Bobby were also seen posing for pictures with the children. The actors in the pictures can be seen dressed in casuals and the actors made sure that the kids had a great time while shooting with them. Salman and Bobby also looked happy in the company of children.