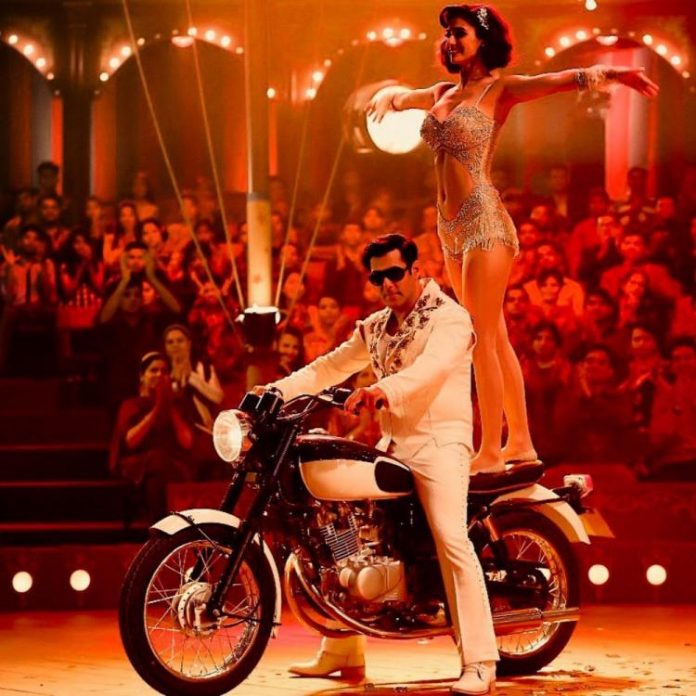 Makers of Bharat have released another interesting still from the flick that features Salman Khan and Disha Patani. The new still has shown the two actors as daring circus performers. While Salman is seen on a bike, Disha can be seen standing at the backseat of the bike as a trapeze artist.

Bharat is one of the highly anticipated releases of 2019 and also stars Katrina Kaif in lead roles. The official trailer was released a while back and had shown a glimpse of Salman who plays a dynamic role as Bharat. Salman will be seen in different roles and in his youth he will be seen as a circus artist at the Great Russian Circus while Disha Patani will be seen as his partner.

The song Slow Motion has shown a sizzling chemistry between Disha and Salman and has left the fans wanting for more. The new still has surely tempted the fans to know what’s more in stores for them in Bharat.

The film has been set in five different eras and will see Katrina Kaif as ‘Madam Sir’ as seen in the official trailer. Bharat also stars Jackie Shroff, Sunil Grover, Tabu, Sonali Kulkarni and others. The film will be released in theatres on June 5, 2019.