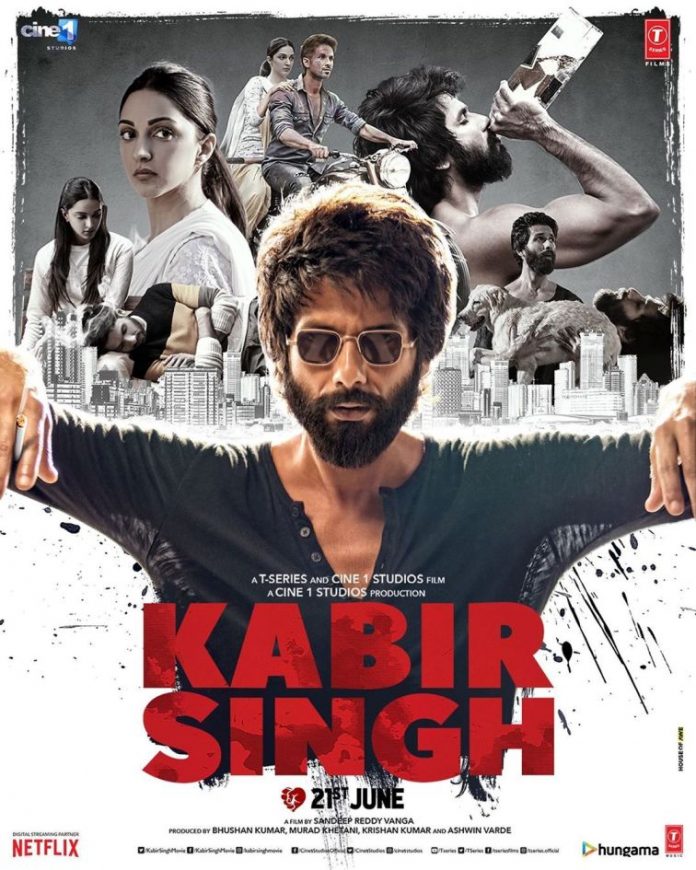 A new poster of the Shahid Kapoor and Kiara Advani starrer Kabir Singh is out. The new poster has shown Shahid in a black shirt with undone hair with shades and a lighted cigarette on his left hand.

The upcoming film has already drawn the audience with the help of its short teaser which has shown the protagonist in a self-destruction mode. The film is a remake of the blockbuster Telugu flick Arjun Reddy. The story is about an alcoholic surgeon, who goes on the path of self-destruction after his ex-girlfriend gets married to someone else.

Shahid and Kiara were earlier seen together in the remix cover of the classic hit track Urvasi that had broken the internet in 2018 on its release. However, many of the A.R. Rahman fans did not like the new version but the sizzling chemistry between Shahid and Kiara have given the audience an idea about Kabir Singh. The two showed off their cool dance moves in the video and managed to impress the audience.

The film is written and directed by Sandeep Vanga , who had also worked on the Telugu version. Kiara will be seen playing the role of Preet who is Kabir’s love interest. Kabir Singh will be released in theatres on June 21, 2019.