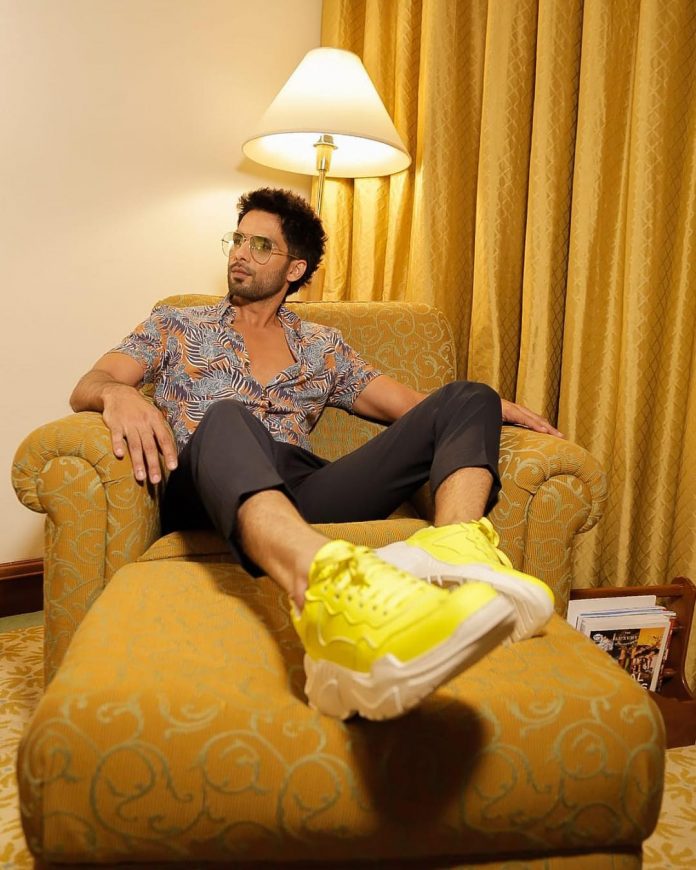 Shahid Kapoor is the next celebrity to join the Bollywood celebrities who have their wax figures at the prestigious Madame Tussauds. The actor will soon unveil his wax figure at the popular museum in Singapore. The Batti Gul Meter Chalu actor shared a picture with his fans to announce the launch.

It is surely a moment of pride for every actor to get their own wax figure installed at Madame Tussauds. Shahid took his Twitter account and mentioned that he will be unveiling his wax figure in Singapore in a week’s time. The Padmaavat actor also shared a picture of himself getting his measurements done to add the curiosity of his fans. Shahid wrote, “7 days from now, I will be unveiling my first & only wax figure at @MTsSingapore! Stay Tuned!”

On the professional front, the actor will soon begin promotions of his upcoming film Kabir Singh. Shahid Kapoor will be seen playing the role of an angry medical student who is obsessed with his girlfriend played by Kiara Advani. The film is a remake of the Telugu blockbuster flick Arjun Reddy and is helmed by Sandeep Vanga.