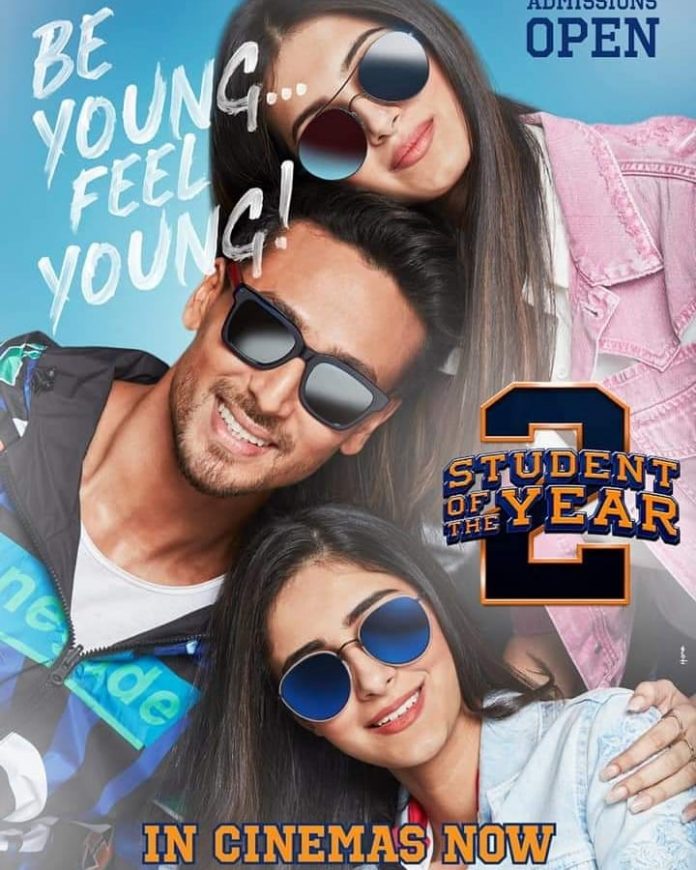 Student Of The Year had Alia Bhatt, Varun Dhawan and Sidharth Malhotra who managed to impress the audience with their fresh approach. But now it seems like the audience has moved on from the college romance. The sequel is led by Bollywood heart throb Tiger Shroff with the lovely ladies Ananya Pandey and Tara Sutaria. All the films talks about is the Dharma productions glitz and glamour.

The film can be called as a campus musical that has a few sports action along with some fight sequences in a failed attempt to add some spice. It can be said that things are a little blown up as there are boys who are unbelievably idle and girls who are skimpily clad and none of them look like college students who are interested in attending classes and making academic progress. Tiger plays the role of a middle class boy who arrives in an upscale college in Dehradun and girls compete to get his attention.

Shroff has well executed his dance and fight skills while Tara and Ananya are truly a wave of fresh air. Tara plays the role of Mridula who is a childhood sweetheart to Rohan played by Tiger while Ananya plays a similar role like that of Alia, who is a rich yet neglected girl who is thirsty for true love. Aditya Seal is surely a surprise package as he has showcased some good acting skills but has a dull screen presence.

The choreography in the film has not worked well and the songs released in recent times have also failed to get the kind of attention that came with the earlier Student Of The Year. The only portion that is enjoyable is Hollywood superstar Will Smith who has tried his best in Bollywood dance in a song.