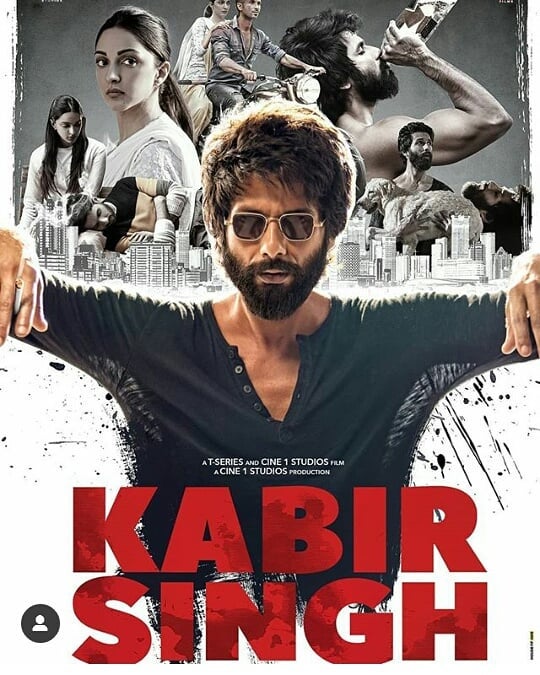 The official trailer of the upcoming film Kabir Singh has been released. Lead actor Shahid Kapoor shared the trailer on the social media on May 13, 2019. The film is an official remake of the Telugu Film Arjun Reddy which was released in 2017 and Shahid will be seen playing the role of a drug addict who has serious anger issues.

The trailer has shown Shahid as a medical student who is head over heels in love with a junior medical student Preeti played by Kiara Advani. Soon the two split and the girl gets married to someone else. Shahid’s character is then seen dealing with alcohol and drug abuse. Shahid can also be seen in a self-destructive mode while Advani can be seen convincing as a beautiful and a shy medical student.

The film will mark the Bollywood debut of filmmaker Sandeep Vanga who had directed the Telugu version. It will also be an important film for Kiara as this will be the next important film for the actress after MS Dhoni: The Untold Story.

Shahid has faced two failures with Rangoon and Batti Gul Meter Chalu and has so far not delivered a landmark flick after Padmaavat. After the release of Kabir Singh, Shahid will surely be able to impress the audience.