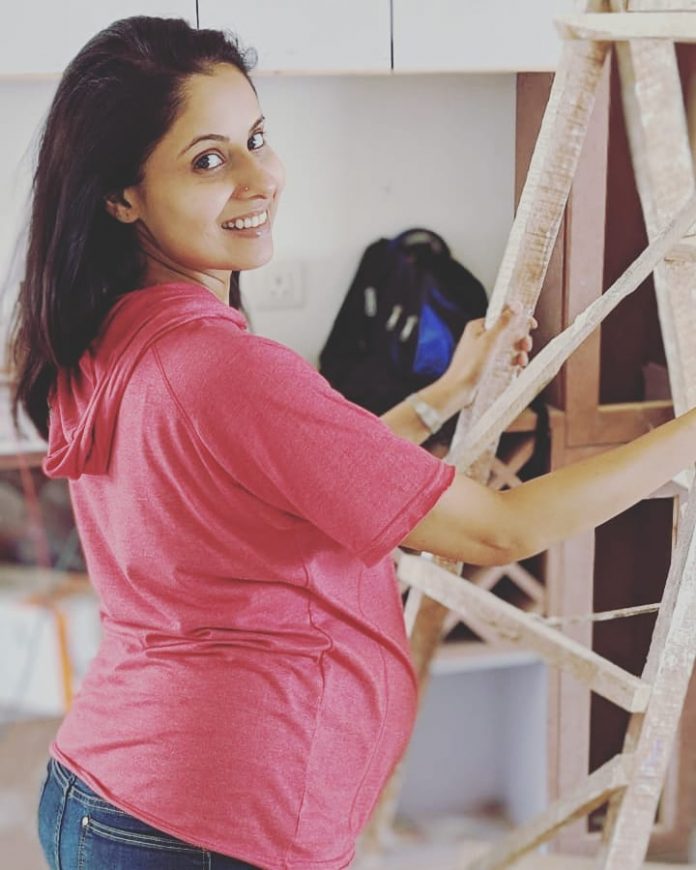 Popular TV actress Chhavi Mittal of Krishnadasi fame, has embraced motherhood for the second time and is blessed with a baby boy on May 13, 2019. The actress, who is already a mother of a six year old daughter, announced about the birth of her son through her Instagram account.

Chhavi wrote, “Announcing the arrival of baby boy Arham Hussein on 13th may. Thank you so much for all your wishes I’m still in the hospital recovering, and will be sharing my birth story soon 🙂 #babyboy”. The actress had also shared a glimpse of her son with a picture. Chhavi did not take a maternity break but continued to appear on the YouTube Channel series Shitty Ideas Trending.

The Tumhari Disha actress is married to director Mohit Hussein and the two got married in 2005 and had then became parents to Areeza. The actress on Mother’s Day had shared an emotional note and wrote, “HAPPY MOTHER’S DAY to all gorgeous mothers! 6 years ago, today this little angel gave me the honour of being a mother. And today she made a surprise card for me which she drew herself. I’m absolutely overwhelmed today because there’s this little child to whom I mean the world, and who takes care of me in her own cute ways. Throwing me a baby shower, hugging me as tight as she can, wiping my tears when I’m sad, cracking kiddy jokes to make me laugh. And there’s this other child who refuses to leave my body.”

Announcing the arrival of baby boy Arham Hussein on 13th may. Thank you so much for all your wishes ? I'm still in the hospital recovering, and will be sharing my birth story soon 🙂 #babyboy ________________________ #chhavimittal #pregnancy #boy #son #motherhood #motherandson