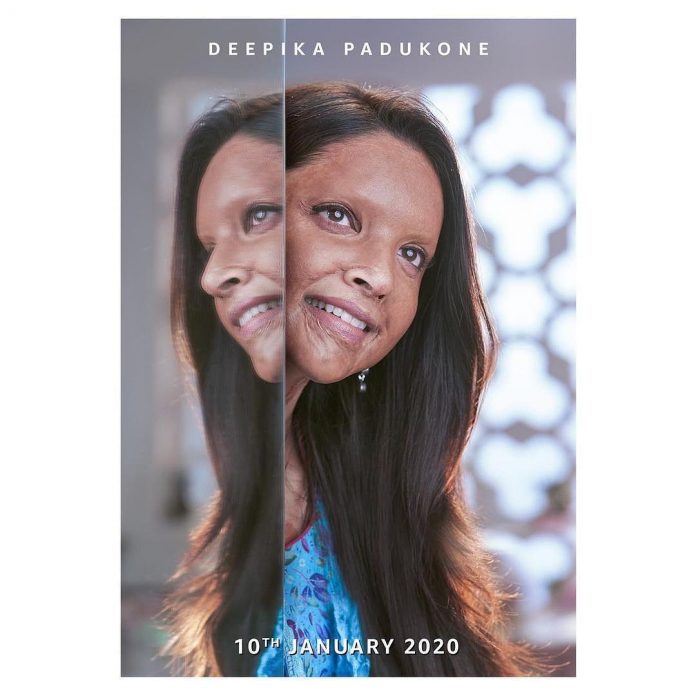 Indian actress Deepika Padukone, who recently made a dazzling appearance at the Cannes International Film festival, is currently busy shooting for her upcoming flick Chhapaak. The film will mark her first film as a producer. Chhapaak also stars Vikrant Massey and is directed by Meghna Gulzar. The first schedule of the film was shot in Delhi and later moved to Mumbai.

The makers of the film are now in the currently leg and will soon wrap the shoot. Reports say that the team would wrap on June 5, 2019 in Mumbai. Deepika in recent times was juggling between Cannes and Chhapaak and was having a tough time coming out of her character.

The actress will be seen playing the role of real life acid attack victim Laxmi Agarwal. After wrapping up the schedule, Deepika is due to join husband Ranveer in London for a short vacation. The makers of the film unveiled the first look a couple of months back ad left everyone surprised due to Deepika’s resemblance with the real life Laxmi Agarwal.

Deepika in an interview talked about the film and said that it is an important story to be told. The actress added that it has nothing to do about male or female but it is about the human spirit.