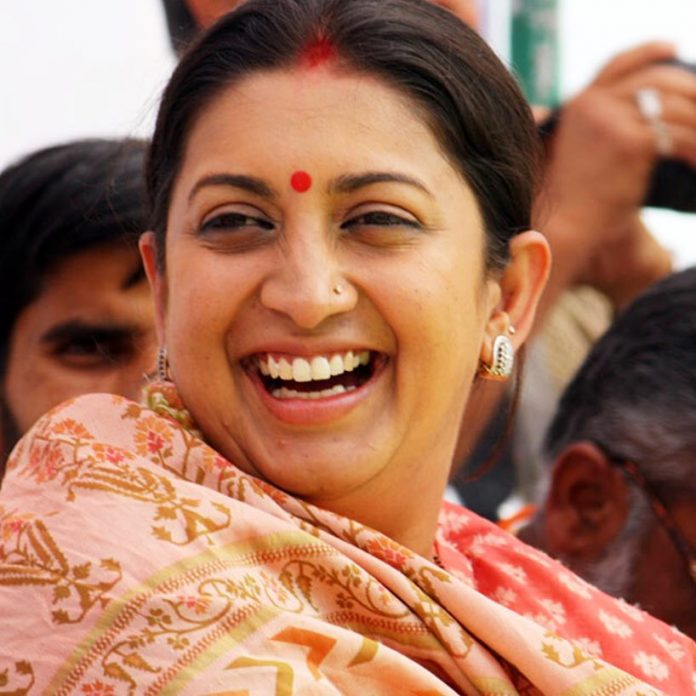 TV actress turned politician Smriti Irani has won the majority of votes at Amethi for the Lok Sabha Elections 2019. Smriti was popular for her character of Tulsi Virani that she played on the TV series Kyuki Saas Bhi Kabhi Bahu Thi. Her former co-star Ronit Roy took his Instagram page and congratulated her. The BJP leader took her Twitter page and expressed her happiness.

Smriti and Ronit have worked together in the TV series Kyuki Saas Bhi Kabhi Bahu Thi in which Ronit had played the role of Mihir Virani while Smriti had played Tulsi Virani. The elections results came out on May 23, 2019 and the results were also observed by producer Ekta Kapoor and her son Ravie. The picture had shown a glimpse of Ekta and her son Ravie glued to the TV while watching the results and shared it on Instagram. The producer wrote, “All eyes on #amethi we r rooting for our aunt.”

Smriti replied to the post by posting a kiss and folded hands emoji. The former TV actress is a member of the Parliament and is the current Textiles Minister in the Government of India. Smriti Irani won the Lok Sabha Elections while representing BJP party and defeated Rahul Gandhi, the President of Congress.

The firer model joined the Bharatiya Janata Party (BJP) in 2003 and had become the vice-president of the Maharashtra Youth Wing in 2004.