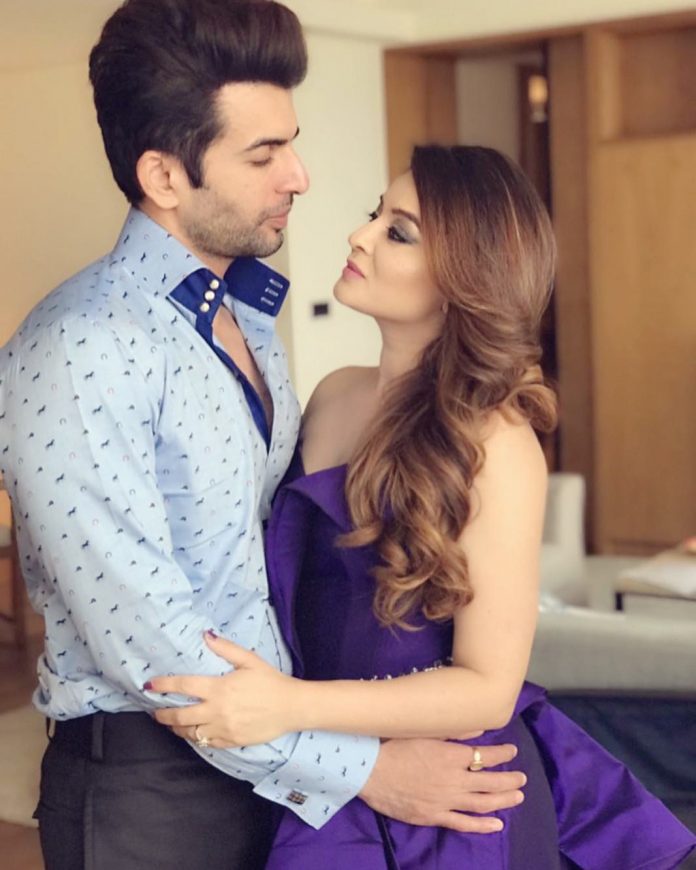 Celebrity couple Mahhi Vij and Jay Bhanushali got married in 2011 and since then their fans have been waiting for them to embrace parenthood. The couple has now announced that they are expecting their first child together. The actress took her official Instagram page and shared picture that uniquely announced the happy news.

The image saw just the lower half of Mahhi and Jay while they stand in front of 1982 and 1984 written on the road with a chalk and just besides them it is written 2019 coming soon and a pair of little booties placed in front of the figure and text. Mahhi captioned the image, “There once was a girl n that girl met a boy they found living as two was a life full of joy these two happy lovebirds this couple this pair were snug in their nest but they thought it quite bare they cuddled up closer made room in their tree and their joy overflowed when two became three WHEN TWO BECAME THREE @ijaybhanushali #baby #comingsoon #cantwait #mine.”

The same picture was then posted by Jay who gave a caption, “9 months of pain, but a lifetime of gain. 9 months of sickness, but a lifetime of happiness. 9 months of pregnancy, the beginning of our legacy. Thank you @mahhivij announcing our 1st production together COMING SOON 2019 #parenthood #father #happiness #mother #baby #pregnant #newborn #lovemywife #biggestgift #happyfamily.” Jay and Mahhi Vij are known for their frequent activities on the social media platform and keep posting lovely wishes for each other.