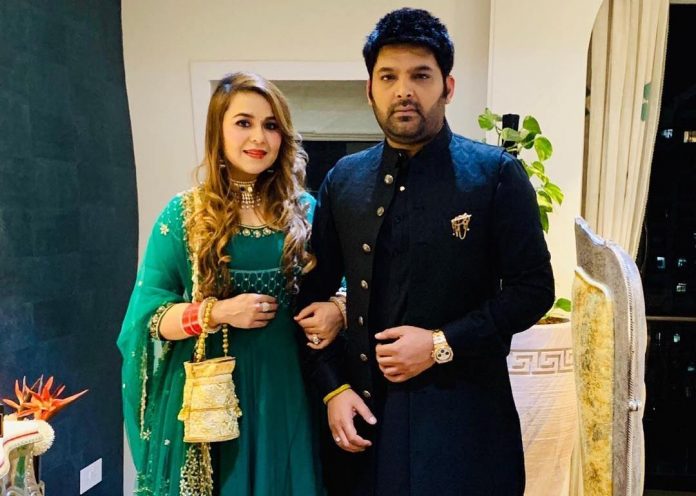 Comedian and actor Kapil Sharma got married to Ginni Chathrath on December 12, 2018. After many speculations, the couple is now expecting their first child together and their due date is in December 2019. It has been five months since the couple got married in a dual ceremony. Reports say that the two were in a relationship since college days and decided to take the plunge after many years of dating.

A recent report had claimed that Kapil’s mother had flown down to Mumbai to take care of her daughter-in-law and make necessary preparations. The reports are indeed true and the couple got a news just a few days back. Kapil has been busy with the shoot of his The Kapil Sharma Show but now he has scheduled the shoot in such a way that he gets to spend more time with Ginni.

Kapil’s wife has also been accompanying him on the shoot so they can spend more time together. The colleagues of the comedian also make sure that she is well looked after on the set. Kapil’s mother is taking care of Ginni. Kapil’s in-laws have also flown down from Jalandhar.

Kapil is surely in a happy space since December 2018. On the work front the actor recently shot with the leading actors Salman Khan and Katrina Kaif from the film Bharat which is due to be released in theatres on June 5, 2019.