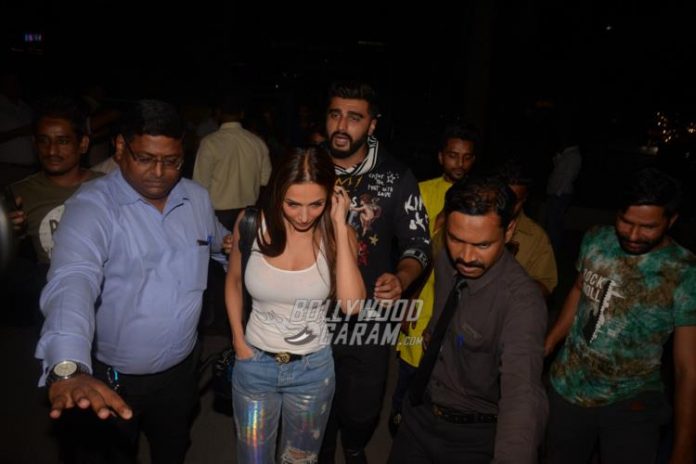 Arjun Kapoor and Malaika Arora have been dating since quite some time but were hesitant to make it official. But the couple recently made their relationship official at the screening of Arjun’s film India’s Most Wanted. During the screening event, the couple walked hand in hand and also posed candidly for the paparazzi.

The pictures did not come as a surprise but Arjun in an interview with Filmfare expressed that they came out as they felt that they were given the dignity and the media has also been respectful, kind and honest. The Ishaqzaade actor added that he felt comfortable as there is a certain understanding the media has.

Arjun Kapoor also expressed that as far as the paparazzi is concerned they have always given them pictures while going in and out of places which is normal and then they talked about them. The actor also said that he asked them not to take pictures from their homes as he did not want everyone to have an impression that they are hiding and he also did not want the neighbors to get disturbed.

On the work front Arjun is looking forward to the film Sandeep Aur Pinky Faraar which also stars Parineeti Chopra. He is also filming for the film Panipat which is helmed by Ashutosh Gowarikar.