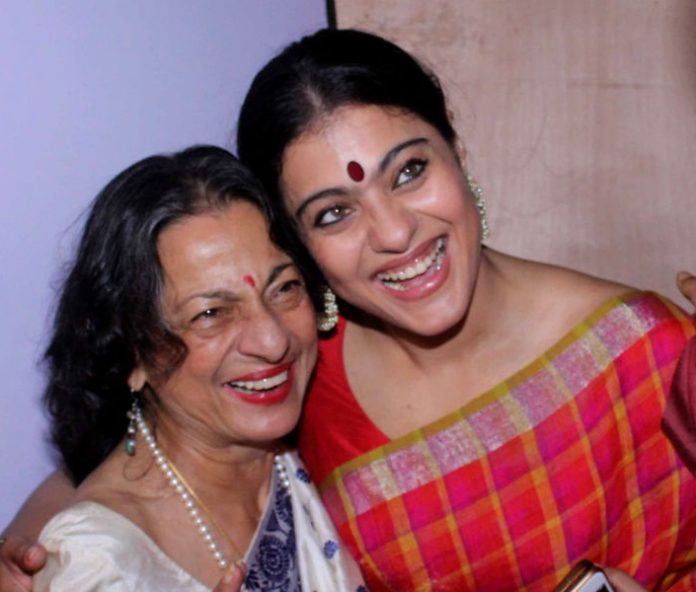 Bollywood actress Tanuja, was hospitalized on May 28, 2019 after she complained of abdominal pain. The veteran actress is expected to undergo a surgery for a condition known as diverticulitis. Tanuja’s daughter Kajol was seen visiting her mother at the Lilavati Hospital in Mumbai.

The Mere Jeevan Sathi actress hails from a prominent film family and was born to filmmaker Kumarsen Samarth and actress Shobhna Samarth in 1943. Tanuja got married to filmmaker Shomu Mukherjee but the two parted ways long before his death in 2008. The couple got married in 1973 and together they have two daughters Kajol and Tanisha.

Some of the most prominent films that Tanuja worked in were Haathi Mere Saathi, Jewel Thief, Do Chore, Izzat, Prem Rog and more. The actress made her debut with the Bengali film in 1963 opposite Uttam Kumar in Deya Neya. Tanuja worked in some of the noteworthy Bengali flicks including Shonar Pahar, Andha Bichar, Anubhav and others.

Some of the recent appearances of Tanuja in films included Son Of Sardaar which also starred her son-in-law Ajay Devgn and Konkana Sen Sharma’s A Death In The Gunj. Her performance in the film Pitru Roon was also appreciated by the audience. Daughter Kajol recently lost her father-in-law Veeru Devgn, who was a prominent action director.