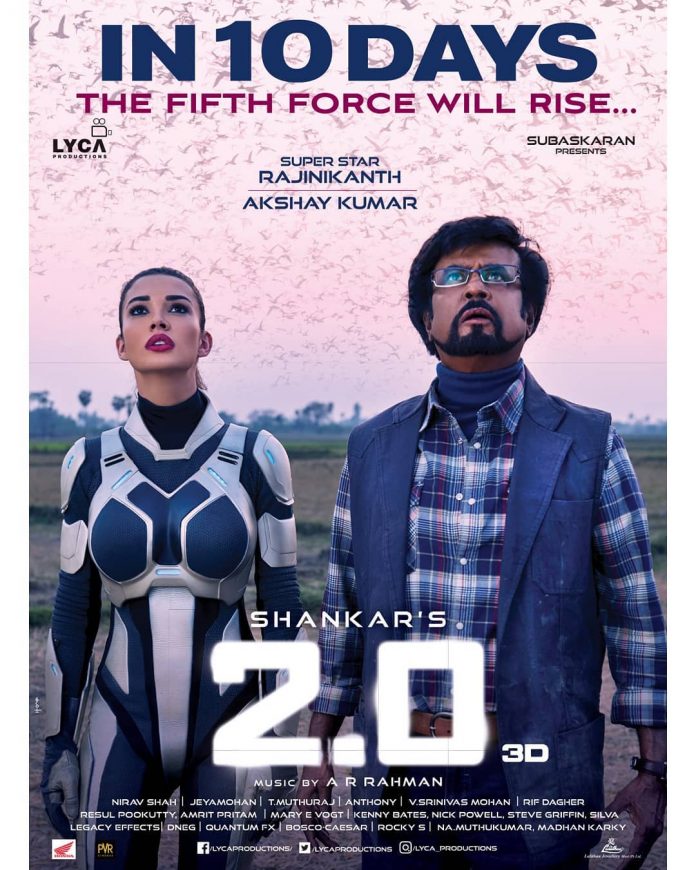 Rajinikanth and Akshay Kumar starrer 2.0 was surely a memorable film for the team. The film had flaunted some stunning VFX and saw the legends of the film industry Rajinikanth and Akshay. 2.0 continued from the basic plot of Chitti from part 1. The film was talked about having a release in China but no date was mentioned. Recent reports say that the film might get a release on July 12, 2019 in China.

Statistics have stated that China has more than 60,000 screens and 2.0 will reportedly be released in more than 55,000 screens. The figure will be big for the team and a lot is expected to depend on word-of-mouth. However, there been films like Baahubali and Baahubali 2 that could not create a spark at the box office which means that it is the content that always works in the Chinese market.

The release date has not yet been made official but the makers are expected to make an announcement soon. Aamir Khan has been the favourite in China as his movies have been performing well in the market.

2.0 is the sequel to the 2010 blockbuster flick Enthiran directed by Shankar and was produced by Lyca Productions and it released in November 29. The film also stars Amy Jackson, Adil Hussain and Sudhanshu Pandey.