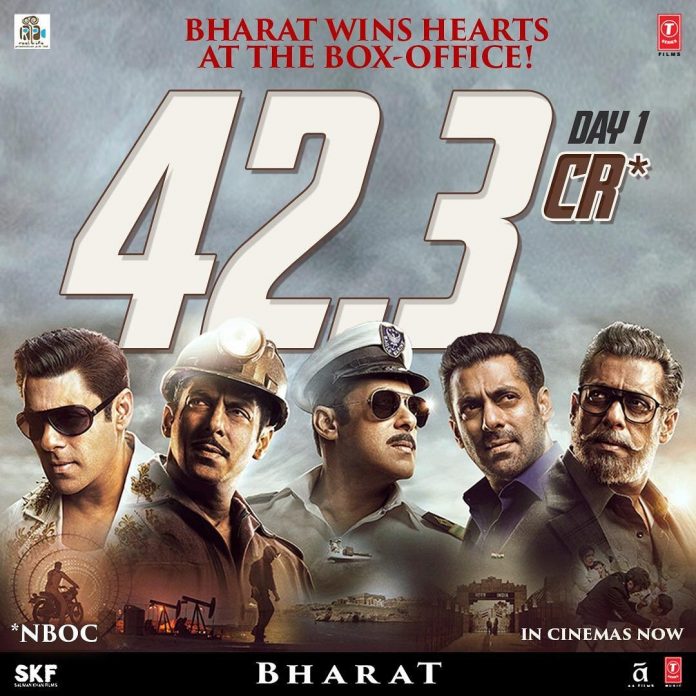 Salman Khan has always released his films during the festival of Eid. This Eid saw the release of his much awaited film Bharat which hit the screens in June 5, 2019. Director Ali Abbas Zafar has managed to give Salman Khan his biggest opener till date. Every year Salman Khan’s fans eagerly wait for his films to be released and this year the star has returned with a film that has action, drama emotion and comedy.

Bharat faced a tough competition from the much-hyped India VS South Africa World Cup Match and emerged strong at the box office. The Salman Khan and Katrina Kaif starrer film has also managed to surpass the day one business of the film Prem Ratan Dhan Payo which had collected Rs. 40.35 crores that was Salman’s biggest opener till date.

Salman’s Eid releases has always proved to be lucky for the actor.