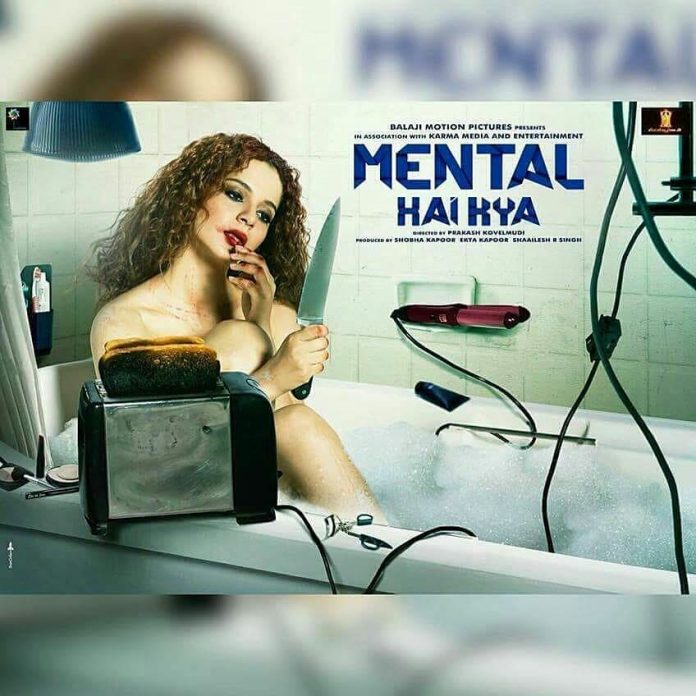 Some of the recent reports had claimed that once again Kangana Ranaut had interfered with the direction of her film Mental Hai Kya. However, the director Prakash Kovelamudi clarified that Kangana was just an actor on the sets of the film which also stars Rajkumar Rao. The Queen actress has earlier managed to shoulder the film Manikarnika: The Queen of Jhansi completely by herself.

Some of the recent reports suggested that Kangana had insisted on re-shooting some of the portions of the film Mental Hai Kya. But the reports are completely untrue and director Prakash has come out in defense of the actor. The director released a statement which clearly mentioned that Kangana was only an actor on the sets of the film and also proved her mettle by performing well during the scenes.

Kolevamudi was also all praises for Kangana and Rajkummar Rao for their acting skills and added that he enjoyed directing the talented actors. The director further rubbished the rumours stating that no portion of the film was shot and that the entire shoot schedule was wrapped up in May, 2019.

The film has been in news for quite some time and is expected to be released on July 26, 2019. Mental Hai Kya is produced by Shobha Kapoor, Ekta Kapoor and Shaailesh R. Singh.