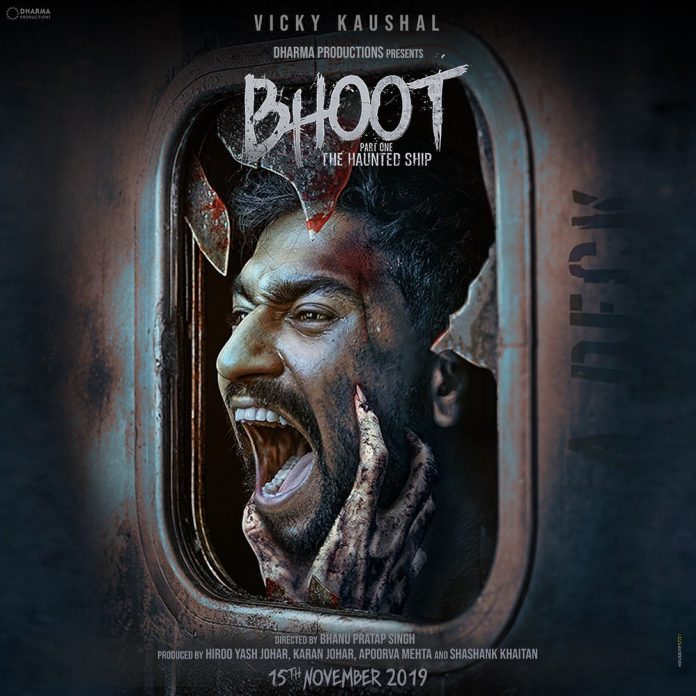 Filmmaker Karan Johar is known for making films which have extravagant sets, romance, comedy and in short lots of entertainment. But now it seems like the producer is entering a different genre. KJo announced his first film in his first horror franchise which is titled Bhoot: Part One – The Haunted Ship. The film will have Vicky Kaushal and Bhumi Pednekar in lead roles. The producer shared the first poster of the film.

The makers of the film did not divulge more details. Karan had earlier announced through Twitter that Dharma Productions would soon be anchoring a horror film franchise. Karan Johar’s production house has earlier produced some of the popular films like Student Of The Year, My Name Is Khan, Kapoor & Sons, Humpty Sharma Ki Dulhania, Ae Dil Hai Mushkil, Raazi, Kalank, Yeh Jawaani Hai Deewani, Dear Zindagi, Student Of The Year 2 and more.