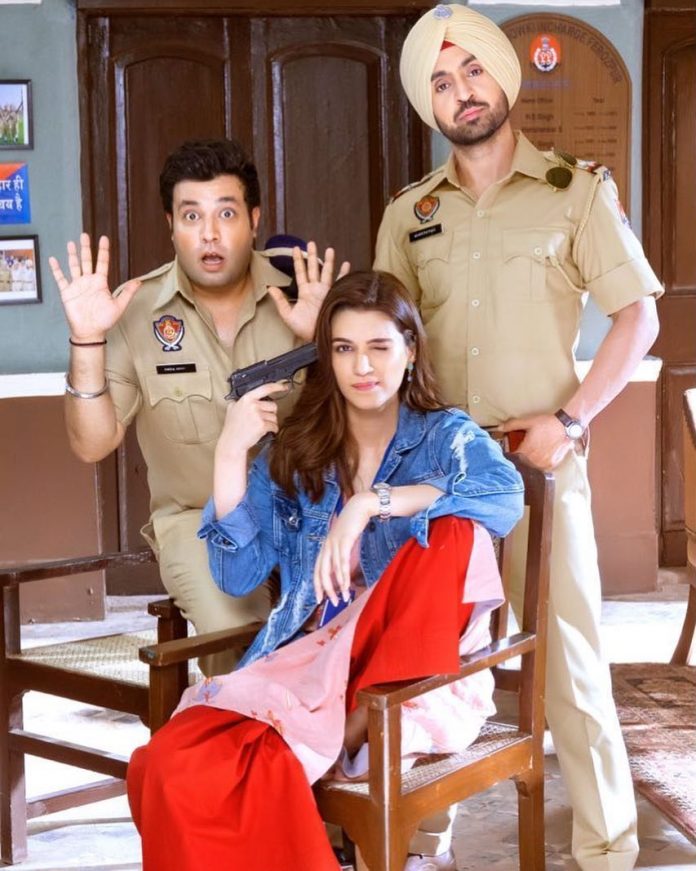 The official trailer of the upcoming romantic comedy, Arjun Patiala has been released. The film has Diljit Dosanjh, Kriti Sanon and Varun Sharma in lead roles and is helmed by Rohit Jugraj. Arjun Patiala is a character driven film which is produced by Bhushan Kumar and Dinesh VIjan and is all set to be released in theatres on July 26, 2019.

Going by the trailer, it is another action film that does not have any high octane action sequences but has multiple elements of entertainment and will tickle your funny bones. The trailer of Arjun Patiala promises a full filled journey.

Diljit will be seen playing the role of a small town quirky cop who gets entangled in the web of life while his love interest Kriti will be seen playing a journalist named Ritu Randhawa. To add more laughs to the film, Varun Sharma can be seen as another cop with the name Onida Singh, who has surely brought life to the trailer.