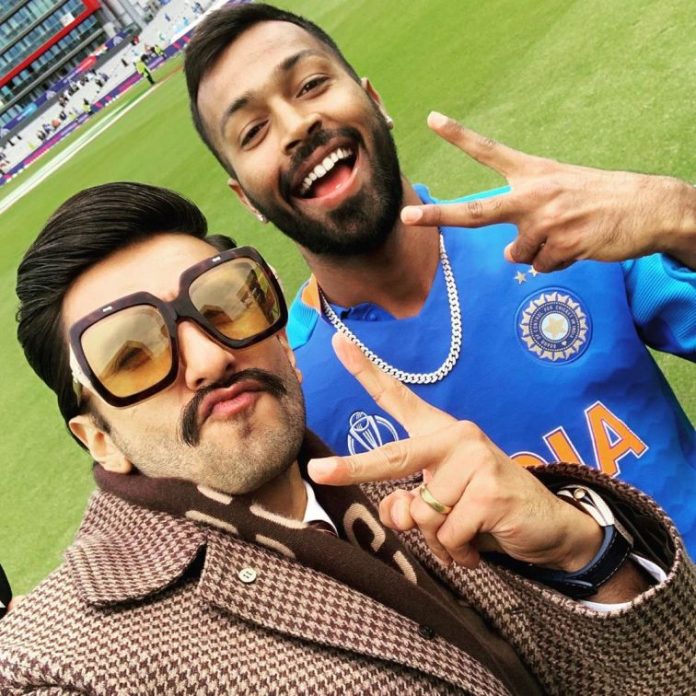 Bollywood star Ranveer Singh might have landed in to some legal trouble as WWE star Brock Lesnar’s advocate Paul Heyman has issued a legal notice for using the phrase ‘Eat, Sleep, Dominate, Repeat’. Singh had apparently used the phrase in a twisted manner. He Padmaavat actor managed to steal the limelight with his energy during the latest India-Pakistan match that took place on June 16, 2019 at the commentary box.

He also shared many posts on his Instagram page where he shared pictures with some of the popular cricket legends and current team members. His Instagram feed had everything from a selfie with Sachin Tendulkar to some of the candid pictures with Shikhar Dhawan. One of the posts had caught the attention of Heyman where the actor can be seen sharing a selfie with Hardik Pandya and the caption reads, “Eat, Sleep, Dominate, Repeat”. Heyman also shared a photo on Twitter.

Lesnar’s advocate retweeted the picture and wrote, “@RanveerOfficial ARE YOU F’N KIDDING ME???????????”. But Ranveer had not use the exact catchphrase of Heyman and even the advocate had pointed out the same in the Tweet that the catchline is “It’s Eat Sleep CONQUER Repeat”, which he has a copyright for.

While the celebrity advocate has constantly been Tweeting about the incident, an official statement from Ranveer is still awaited.