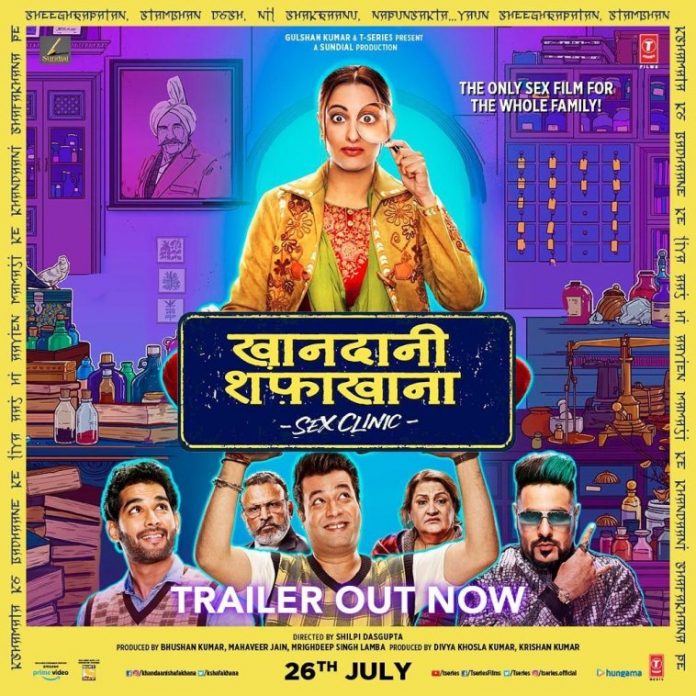 Sonakshi Sinha and Varun Sharma starrer Khandani Shafakhana official trailer has been released on June 21, 2019. The trailer managed to create a buzz within no time. Going by the trailer, the film is about sex and the abnormalities associated to it.

However, some of the earlier films like Vicky Donor and Shubh Mangal Savdhan have also dealt with the subject, but Khandani Shafakhana has given it a more poised treatment. Sonakshi Sinha is the protagonist and will be seen creating awareness about sex education in a subtle way. It is surely a bold step taken by the actress but it is not the first risky character taken up by the actress.

Sinha has earlier done Akira, in which she also played the female lead and stood out. Later the actress also did Ittefaq which showed the dark side of her acting. This will be the first time a female centric film will be dealing with an adult subject. Sonakshi will be seen playing a middle-class Bedi girl, who is trying to manage the her uncle’s old pharmacy.

Varun will be seen playing an innocent virgin. The film trailer has also show Baadshah who will be making his Bollywood debut . Khandani Shafakhana is produced by Bhushan Kumar, Mahavir Jain and Mrighdeep Singh Lamba and directed by Shilpi Dasgupta. The film will be releasing in theatres on July 26, 2019.