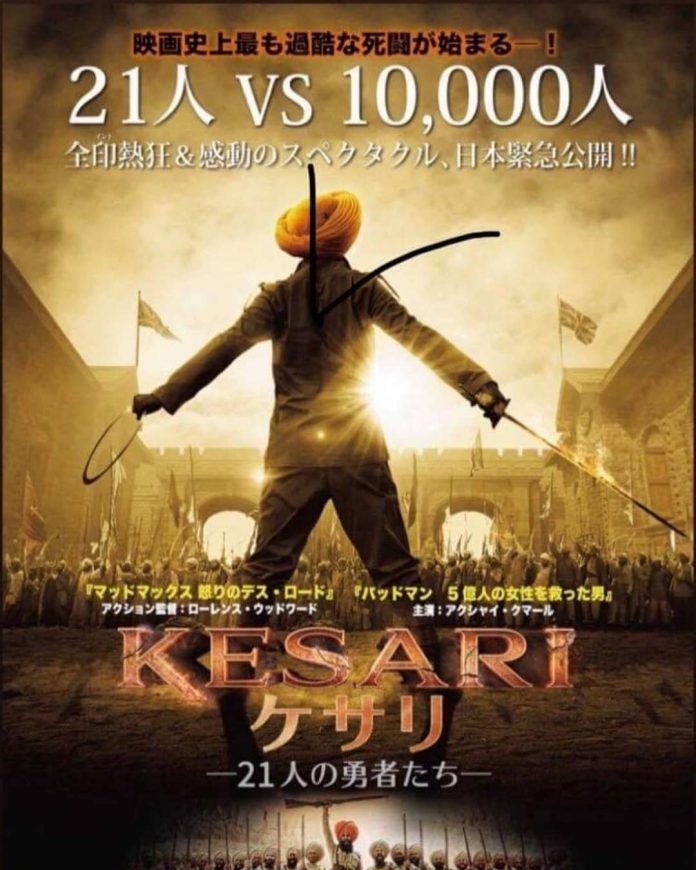 Akshay Kumar and Parineeti Chopra starrer Kesari had proved to be one of the highest openers of 2019. After winning the audience in India, the film is all set to be released in Japan. The historical drama entered the Rs. 100 crore club in just seven days and will be releasing in Japan on August 16, 2019.

The film also stars Parineeti Chopra and is based on the 1897 Battle of Saragarhi, where an army of 21 Sikhs fought against 10,000 Afghans. Akshay in the film is seen playing the role of Havildar Ishar Singh and announced the news on Twitter.

The film is directed by Anurag Singh and was released in theatres on March 21, 2019 on the occasion of Holi festival. Kesari earned Rs. 21.06 crores on the first day while making it the biggest opener of the year before the release of the Salman Khan starrer Bharat.